Malema: ‘We want the mines’ 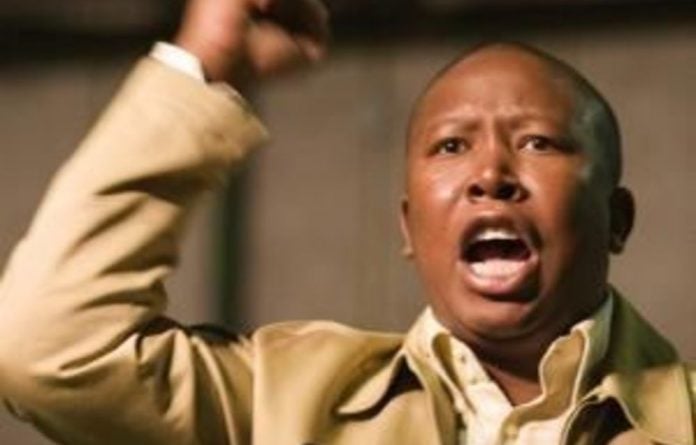 “We hear you are going straight for the mines, that is what we are going to do in South Africa,” Julius Malema, the African National Congress Youth League president, told a rally in Zimbabwe’s capital Harare.

“They have exploited our minerals for a very long time. We want the mines, now it’s our turn.”

Zimbabwe last month put in operation a law that requires foreign companies valued at over $500 000 to divest 51% of shares to non-white locals within five years.

Malema has repeatedly called for South Africa’s mines, a cornerstone of the economy, to be nationalised but President Jacob Zuma’s government has brushed off the demands as not being official policy.

The controversial youth leader, who is being hosted by Zimbabwean President Robert Mugabe’s ruling party youth chapter, also echoed South Africa’s backing of the lifting of Western sanctions against the veteran leader and his inner circle.

At the rally, Malema sang Ayesaba Amagwala [The Cowards are Scared], which a South African court this week banned him from using after outrage that it incited violence against whites.