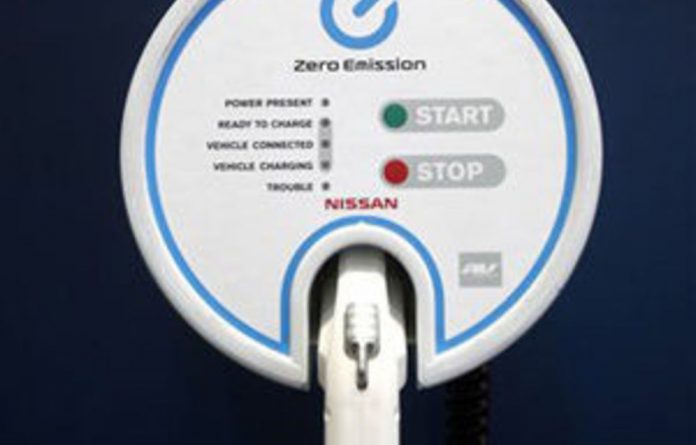 Electric cars are riding high, as incentives and new models make them a realistic option, but the fresh attention may highlight flaws compared with petrol and alternatives such as biofuels.

The attention rankles with some in the biofuel industry, whose own hype was abruptly halted by a glut of production in 2007, subsequent bankruptcies and a fall from grace after a link was drawn — which they dispute — between biofuels and spiralling food prices and rising hunger.

Petrol may beat off both alternatives for decades as the least-worst option, with wider adoption of more efficient conventional cars helping to curb carbon emissions and oil dependence.

The uncertainty is striking for a $5-6-trillion global car and fuel supply market, where there is agreement only that the number of cars will keep rising, perhaps doubling to two billion by 2050.

Mitsubishi and Nissan last week announced prices for their i-MiEV and Leaf battery-only electric cars, in production already or about to debut, at ¥3,98-million ($42 520) and ¥3,76-million respectively before state subsidies, several times the cost of equivalent cars.

Reality bites with driving ranges of about 160,9km, far less than for a petrol car which US customers expect to exceed 480km.

And electric cars have to contend with the multibillion-dollar cost of a new charging infrastructure, although they benefit from running costs at about a quarter of fuel at today’s prices, according to electric car advocates.

“The electric vehicle sector certainly has momentum, but it’s questionable whether it has the legs for the longer term, at least at the moment, and whether it has enough scale,” said Peter Wells at Cardiff University’s Centre for Automotive Industry Research, who expected big cost reductions.

“I don’t see any major breakthrough on the horizon,” he said. Customers may have to compromise on what they expect from a car, perhaps tailored for commuting, and from ownership, for example buying the car but renting the expensive battery.

Hybrid fuel-electric cars overcome the range problem but are still pricey because of their complexity and battery costs. Sales of hybrid-electric vehicles are expected to reach about 1,3% of an estimated 67-million light vehicle sales this year, according to the information company JD Power and Associates.

The International Energy Agency says EV and hybrids must reach at least 7% of global car sales by 2020 to hit targets to avoid more dangerous climate change.

Global biofuel production, meanwhile, will grow 16% in 2010, according to the Global Renewable Fuels Alliance.

Petrol may continue to dominate both, especially if oil price rises are muted by efficiency drives.

Carmakers are already making smaller engines more powerful and transmissions more efficient, while the carbon emissions savings of both electric and biofuels are disputed.

“I think oil-based transport fuels have such a competitive advantage and dominance that you need a compelling argument to move to something different, and the case has not been made for what that is,” said Chris Mottershead, vice-principal of research and innovation at King’s College London, and former head of climate change at oil major BP.

Positive
Technologies to replace fuel enthuse investors, even those doubtful of any climate threat, given the vulnerability of the United States and others to oil prices. The United States imports over half the fuel it consumes.

HSBC is one backer of electric, investing $125-million in January in Better Place, a California-based company that wants to build charging networks and lease batteries to customers.

HSBC climate change analyst Nick Robins stressed a wider benefit, or “positive spill-over”, from electric cars which he contrasted with the negative wider impact of biofuels. Car batteries could help balance electric grids that are increasingly dependent on intermittent wind, by re-charging at night, Robins said.

Biofuels are made from sugar, corn and oil seeds now, and perhaps in the future from grass, crop waste and wood. Rising biofuel demand has stoked prices of feedstocks such as corn, but may only have played a small part in the 2008 food price spike, analysts say.

The oil major Royal Dutch Shell is a big backer of ethanol, striking a deal in February with Brazil’s Cosan to create a $21-billion a year ethanol joint venture.

Ethanol made from Brazil’s sugar cane is economic at an oil price of $40-50 a barrel, compared with $80 oil prices now. That has created a market in Brazil where most new cars are flex-fuel, handling any blend of petrol and ethanol, at no extra cost. – Reuters

What has SAA been smoking now?

On full tanks and empty bellies