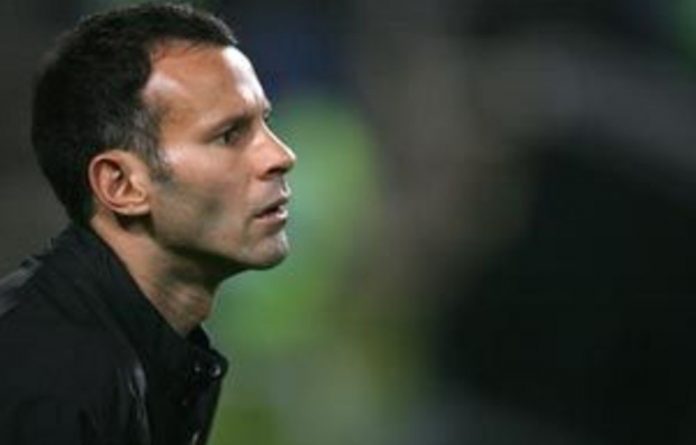 Sir Alex Ferguson’s side trail 2-1 from last week’s first leg in Munich and only a 1-0 victory or a two-goal winning margin will be enough to book a semi-final showdown with Lyon or Bordeaux.

After Saturday’s home defeat against Chelsea surrendered the initiative in the Premier League title race, the Champions League could be United’s only hope of adding more silverware to the League Cup won in February.

With leading scorer Wayne Rooney in a race against time to recover from an ankle injury suffered in Germany, it would be understandable if an air of despondency had descended on United’s training ground this week.

But veteran midfielder Giggs has seen United emerge unscathed from similar predicaments before and the Welsh star is confident his team will thrive on the do or die nature of the clash.

While Old Trafford can be a subdued stadium for mundane league matches, on big European occasions it is a far more hostile arena. Giggs knows United have often fed off the extra energy of a raucous capacity crowd and he expects a repeat on Wednesday.

“You have to give credit to Bayern who made it very difficult for us,” Giggs said. “But I am confident that we can raise our game at home. We have done it many times before and we’ll have to do it again.”

‘We can do it’
Bayern surprised United with their unrelenting pressing game last week and Scotland midfielder Darren Fletcher believes the key to eliminating the Germans will be matching their work-rate.

“It’s not insurmountable. Although we were disappointed to have lost two late goals, 2-1 isn’t the worst result in the world. We now know what we have to do at home,” Fletcher said.

“You don’t play any bad sides in the quarterfinals of the Champions League. We learned a lot about Bayern and about ourselves and we’ll take all that into the match at Old Trafford.

“The Bayern midfielders pressed the ball quite quickly and got numbers behind the ball. It was difficult in there but you expect that when you go away from home in Europe.

“We knew Bayern would have a lot of possession and we’ll be looking to do the same next week. We’re confident against anyone at Old Trafford.

“We know what to expect from Bayern Munich and we’ll be ready for their challenge.”

United’s cause would be helped massively if 34-goal striker Rooney is able to return ahead of schedule from his ankle injury.

Ferguson admitted last week that he expected to be without Rooney for up to three weeks after the England international suffered minor ankle ligament damage in the final moments at the Allianz Arena.

But Rooney has responded well to intensive treatment and Ferguson is considering risking the 24-year-old against Louis van Gaal’s team if he makes it through training on Tuesday.

It would be a major gamble if Rooney broke down with a recurrence of the injury but, bearing in mind Dimitar Berbatov’s underwhelming display as Rooney’s stand-in against Chelsea, Ferguson may feel it is a risk worth taking to keep alive United’s bid for a third successive Champions League final appearance.

Bayern travel to Manchester boosted by Arjen Robben’s return to the squad after he missed the first leg and Saturday’s league win at Schalke with a calf injury.

Along with France playmaker Franck Ribery, Dutch winger Robben is Bayern’s best bet of snatching a priceless away goal and van Gaal is keeping his fingers crossed that the former Chelsea man declares himself fit.

“I hope he will be able to play. But we must wait as his muscles are tired,” van Gaal said.

Bayern’s Dutch coach is also hoping Daniel van Buyten recovers in time to start after the centre-back suffered an injury against Schalke. — AFP