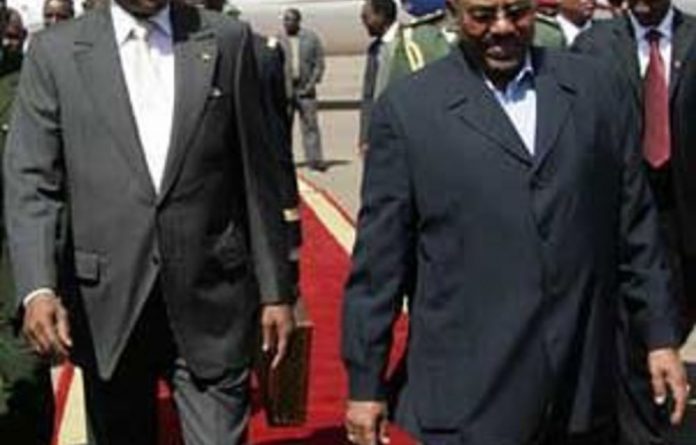 South Sudan’s main party said on Tuesday it would boycott elections in most states in northern Sudan, a further blow to the poll already hit by accusations of fraud less than a week before the vote.

“We announce the SPLM [Sudan People’s Liberation Movement] boycott of all the elections in the north on all levels … in 13 states of the north,” party secretary general Pagan Amum told reporters, saying Sudan’s incumbent President, Omar Hassan al-Bashir, had rigged the vote.

Sudan’s presidential, legislative and gubernatorial elections, due to start on Sunday, are central to a 2005 peace deal signed by the SPLM and al-Bashir’s northern National Congress Party (NCP), ending more than two decades of civil war.

The SPLM decision will be seen as a rebuke to al-Bashir and will add to tension as both sides prepare for a sensitive referendum on the independence of Sudan’s oil-producing south, also promised under the peace deal, in January 2011.

Political analysts say al-Bashir hopes to show he can win a competitive election to legitimise his rule and fend off an indictment against him by the International Criminal Court on war crimes charges in Darfur.

A senior NCP official, Ibrahim Ghandour, told Reuters he was “disappointed” by the decision, but said it would not affect the legitimacy of the election or plans for the referendum.

Amum told reporters the party was taking the decision in protest against irregularities in the build-up to the vote. The SPLM and opposition parties have accused the NCP of clamping down on campaigning and rigging voter registration and other preparations. The NCP denies the accusations.

Amum said the decision excluded the border states of Blue Nile and South Kordofan, adding that the SPLM would continue to contest elections in south Sudan.

Opposition in disarray
Tuesday’s announcement marked an escalation in SPLM protests. Last week the party said it was pulling out only of the presidential election and all votes in the strife-torn Darfur region, leaving opposition groups in disarray over whether to follow suit.

The opposition Democratic Unionist Party (DUP), which pulled out of the presidential race last week after the first SPLM boycott, said late on Tuesday it had reversed its decision.

The DUP has been holding talks with the ruling NCP in recent days and was a late member of a loose opposition coalition protesting against irregularities. Some commentators earlier saw it as a possible NCP ally in the poll.

Analysts had speculated the SPLM’s partial boycott last week was part of a deal with the NCP to allow al-Bashir to win the elections in exchange for a guaranteed referendum. SPLM candidate Yasir Arman was seen as al-Bashir’s main contender and his withdrawal increased the likelihood of an NCP victory.

The SPLM’s wider boycott on Tuesday suggested the party had dropped efforts to placate al-Bashir in the north.

In another sign of deteriorating relations, south Sudan’s president accused Khartoum on Tuesday of delaying the demarcation of the country’s north-south border in an attempt to grab southern oil and land.

The north was also dragging its feet over the independence referendum and other sections of the peace deal, Salva Kiir told supporters as he campaigned in remote southern Lakes State. — Reuters