Malema calls journo a ‘bastard’, kicks him out 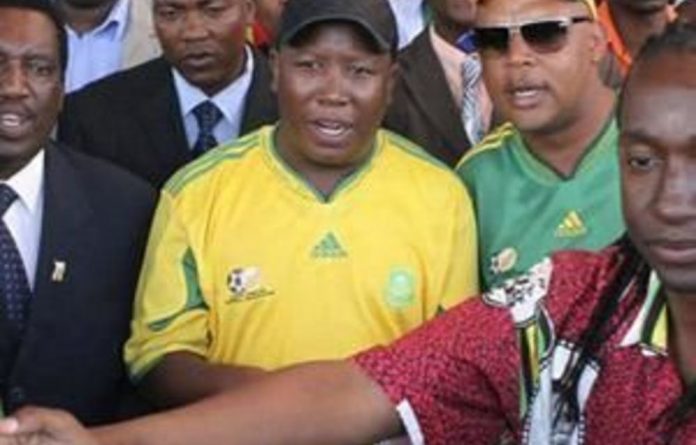 A journalist at an African National Congress Youth League (ANCYL) media briefing was called a “bastard” and an “agent” by its president, Julius Malema, on Thursday.

The media briefing was on the youth league’s visit to Zimbabwe.

Malema was criticising the Movement for Democratic Change for speaking out against the visit from its office in Sandton, when BBC journalist Jonah Fisher mentioned that the youth league leader lived in Sandton.

An angry Malema retorted: “Here you behave or else you jump. Don’t come here with that white tendency, go out bastard, bloody agent.”

Explaining the outburst later, Malema said the youth league and its leadership could not be undermined “in our own terrain”.

“This is not a playground. This is not a beer hall. Don’t abuse us in our own space, in our own house … this is my house,” he said referring to the ANC headquarters, Chief Albert Luthuli House.

Heeding the call for restraint
Meanwhile, the ANCYL will not use the words “shoot the boer” when singing the struggle song Ayesaba Amagwala, Malema said on Thursday.

However, he added: “There is no court which can ban the song and we agree with it.

He added that the youth league would heed the ANC’s call for restraint even though it did not agree with the banning of the song.

“We will continue to sing it outside of South Africa.” — Sapa