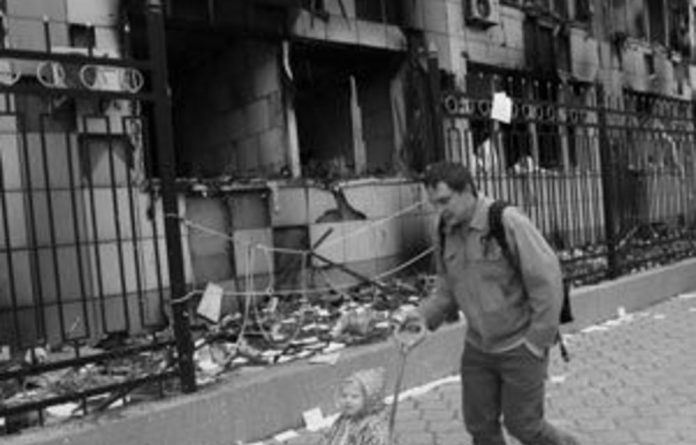 A number of youths were detained after fresh violence in Bishkek overnight, officials said, as Kyrgyzstan’s self-proclaimed new government moved to solidify its control of the country.

“By 1 a.m. April 9, Bishkek was free of violent troublemakers thanks to operations carried out by the police, soldiers and volunteer organizations,” the interior ministry said in a statement.

“Several people were detained, mainly youths under 25 years of age,” the statement said.

The statement was published after heavily-armed “volunteers” who support the new government fired automatic weapons into the air during the night near clusters of shops to keep looters at bay, Agence-France Presse journalists saw.

The health ministry announced separately that the death toll since Wednesday stood at 75, while the number of injured rose to 1 520.

In a statement, the ministry said that another 67 people had sought medical attention in the past 24 hours and said six of them had been wounded during the night.

The first funerals for victims of the violence in Kyrgyzstan were to take place on Friday, which was declared by the interim authorities a national day of mourning.

Several hundred people gathered in the square outside the presidential administration building in central Bishkek where they were conversing calmly and praying.

Clean-up workers meanwhile began to haul away the carcasses of burned-out trucks and cars beside the grounds of the presidential complex, epicentre of the deadly violence on Wednesday.

Access to the building was barred Friday morning though late on Thursday around 2 000 people, apparently curious onlookers and a few looters, were inside the building.

A new government led by former Foreign Minister Roza Otunbayeva claimed it was in control of the country following the riots that forced Bakiyev to flee from the capital.

Bakiyev told news media on Thursday that he did not plan to resign as demanded by the new authorities but admitted that he no longer controlled the levers of power in the strategic Central Asian country.

His precise whereabouts were unknown, though he claimed he remained in his stronghold in the south of the country near the city of Jalalabad. — AFP

An email to His Majesty, King Mswati III of eSwatini