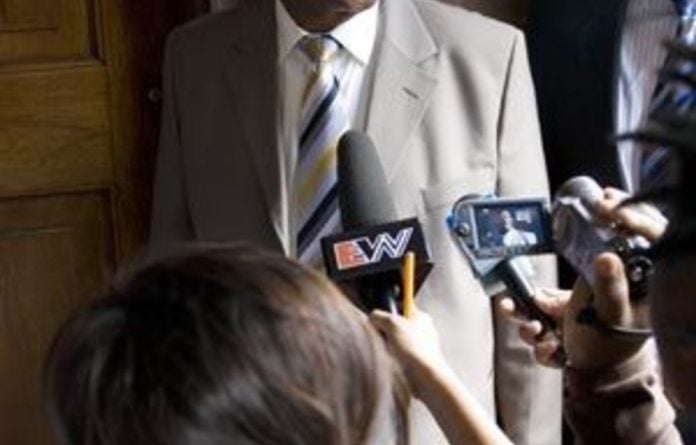 Ray Mali, the interim administrator of Athletics South Africa (ASA), has had his term indefinitely extended, triggering a barrage of criticism from some board members.

The former cricket administrator and South African Sports Confederation and Olympic Committee (Sascoc) board member confirmed to the Mail and Guardian this week that he will not be stepping down when his six-month term ends on May 21.

“The provinces met on March 27 in Benoni and voted that I should continue running the sport, subject to the conclusion of inquiries that necessitated my intervention. As such, no specific date has been set as to when my term will end,” said Mali.

The Olympic governing body appointed Mali in November last year after the suspension of Leonard Chuene on charges of bringing athletics into disrepute. Sascoc said the move was aimed at quickly addressing concerns about ASA’s handling of the Caster Semenya debacle. Mali had promised that hearings would start in mid-March and a new executive would be in place at the end of his term in May.

However, a number of stakeholders have strongly criticised the indefinite extension of Mali’s term, with some board members threatening to resign if it is not reversed.

“This is unacceptable. Mali has failed to complete his task in six months, which was to find enough evidence to charge Chuene and the three suspended ASA officials for allegedly bringing the sport to disrepute. Instead of presenting evidence, he says the IAAF have asked him to stay on indefinitely,” said an interim board member who declined to be named.

“The truth of the matter is that Mali and Sascoc do not have enough tangible evidence to charge Chuene. I feel disillusioned with the events at ASA and I am getting out.”

‘Too much resources being committed to charging Chuene’
Compounding the board member’s frustrations is the fact that the three suspended ASA officials — general manager Molatelo Malehopo, events and marketing manager Phiwe Mlangeni-Tsholetsane and Chuene’s personal assistant, Humile Bogatsu — are still drawing salaries from the cash-strapped body.

“I can’t stand by and watch the sport suffer while the priority of charging Chuene takes precedence. When athletes ask for our help, the answer is always the same: that there is no money. I know there was a lot of excitement when Chuene was suspended but too many resources have been channelled towards charging him. If we put the same time and money into the sport itself, we would have lots of medals,” he said.

The outraged board member said he felt powerless at the Benoni meeting because Mali, who was chairperson, presented a letter from the IAAF giving him the mandate to administer the sport.

Mali confirmed that he has the backing of the world athletics governing body to continue running athletics in South Africa. “The IAAF are aware of the challenges that my interim board and me are faced with, and … say that we must stay on to clean up the sport,” he said.

The president of Western Province Athletics, James Evans, who in January resigned from the ASA interim board headed by Mali, says the veteran cricket administrator must make way for athletics people to run the sport.

“Athletics is probably the only sport in the country that is run by someone from another code. How do you employ people who do not understand the business? Mali is a cricketer and knows nothing about athletics. I resigned when it became clear to me that our board had no say and hardly ever met. Ray Mali was the chief executive, president and administrator,” said Evans.

“That is what being an administrator entails,” Mali responded, defending his many roles to the M&G.

Evans further accused Mali of piling on new charges to extend his stay at ASA. “His brief was to investigate and decide whether Chuene had brought the sport into disrepute, but he has now stretched his mandate to [include] financial charges against former board members.”

‘I have other duties to fulfill’
Mali said the forensic audit was important and he had no wish to stay on longer than necessary. “I have other duties to fulfil in South African sport, especially cricket. But I will not leave this job half done. When the process [investigation and audit] is complete, we will have elections the very next week. I understand the frustrations of athletics stakeholders in wanting to run their sport, but they need to allow me and my team to clean up this house so that the next administration runs athletics smoothly.

“I regret that the process is taking longer than anticipated but if things go according to plan, then I may be done with my job here in August.”

He said it was unfair to heap all the blame for the delay on him, as Sascoc’s lawyers were in charge of putting together the evidence against Chuene.

Sascoc chief executive Tubby Reddy said the commissioning of a forensic report meant more time was needed. “We all have to wait for the forensic report before starting any hearings.”

Mali dismissed allegations that the sport was in disarray and that there was no money to prepare a team for the Commonwealth Games in New Delhi in October.

“People must not forget that the previous administration left ASA R20million in the red, with sponsors pulling out. I am happy to report that there is enough money to put together a Commonwealth team and that sponsors such as Nedbank, Yellow Pages and Adidas are still with us.”

However, the delay in getting the sport back on its feet is trickling down to the athletes. Semenya has threatened to compete in Spain on June 24, despite still being barred from competing pending the outcome of gender verification tests.