How green is our Constitution? 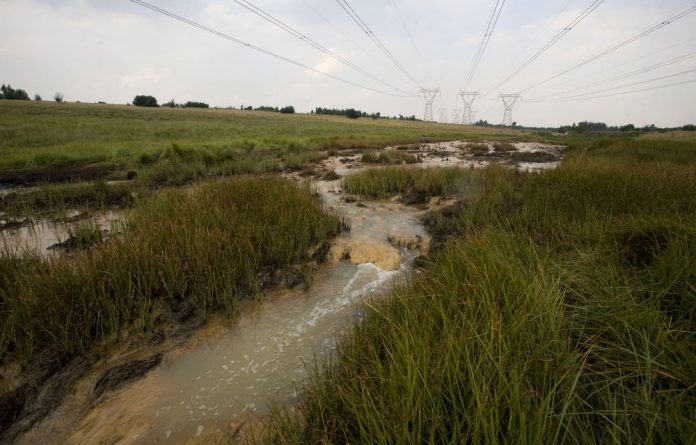 Nature has powerful resonances for South Africans. Well-heeled, educated folk regard it as an elitist hobby. Others, who live off the land, revere it as a critical survival resource.

Debacles such as those involving coal-mining rights near the Mapungubwe National Park and the dumping of polluted water in the Marievale Nature Reserve in Springs seem to be on the rise. The former is a world heritage site and the latter is an internationally recognised Ramsar bird and wetland area.

One source of this ungreen behaviour is the Constitution. Section 24 of the Bill of Rights, which deals with the environment, is limp. Nearing retirement age, it is the result of a problematic people-centred, rights-based approach. It is worth unpacking these shortcomings if we are to deserve our emerging status as a player in international green politics.

Basic rights to life, dignity and equality are expressed in our Constitution, as well as democratic freedoms of expression, association, assembly, opinion, belief and religion, and culture and language. These reflect the giddiness of fresh post-apartheid psychology.

Complex relationships between people and the environment appear to have been overlooked in the Constitution. Section 24 (b) states that “[e]veryone has the right to have the environment protected for the benefit of present and future generations, through reasonable legislative and other measures”.

Section 24 b(i) to (iii) collectively refers to “reasonable legislative and other measures that prevent pollution and ecological degradation, promote conservation and secure — sustainable development”. So, for example, as long as water quality is fit for human health or wellbeing, the law courts and other regulatory systems can allow rivers to become polluted to the point where all life forms and ecological processes in those rivers are destroyed.

In effect, the poorly thought-through expression of sustainable development in the Constitution can translate to mean that the state can sanction environmental destruction.

The Bill of Rights also fails to anticipate emerging environmental challenges such as those associated with climate change and carbon emissions. For example, do citizens have the right to clean air, irrespective of whether the law courts determine the effect on our health or wellbeing? It is clear that Section 24 presents environmental rights as trade-off rights that are negotiable. In contrast, the Constitution is explicit about the right to education, the right to a free and fair trial, the right to shelter and so forth.

Our Constitution is a platform that allows for fundamental shifts in society’s norms and values and to this end it imposes duties on all spheres of government to satisfy “everyone’s right to have the environment protected”. This requires resources and technical and leadership capacity in government. It also requires a coordinated understanding and a shared vision of sustainable development, especially among the environmental affairs, minerals and energy and agriculture, fisheries and forestry departments.

Our Constitution dissociates Citizen Joe Soap from playing an active role in protecting the environment because government is the regulator. This is disempowering for two reasons.

First, it removes any incentive for people to bring the state to book when it fails in its duty. Legal recourse is almost impossible in South Africa because Section 24 does not give easy credence to laws that grant people the right to sue on behalf of nature, even when legal compliance standards were not met. Recall the high-profile slanders associated with the court case involving the preservation of the flamingo breeding site in Kimberley versus the lobbying for a housing scheme.

Second, the scope for people power, social mobilisation and environmental activism is absent from Section 24. For seemingly enlightened types, environmental rights embody lifestyle changes that reduce carbon footprints and consumption behaviour. This can amount to remaining childless (but adopting an orphan), giving up meat and getting on bicycles to buy organic veggies from the local market. But for the majority, environmental rights involve local, proactive decision-making muscle in spaces where corporations or government exercise power.

In September 2008 disillusionment with foreign multinationals displacing people and damaging the richness of Ecuador’s biodiversity (including the Galapagos Islands) led to a successful vote to constitutionally enshrine nature-based rights. Ecuador’s Constitution recognises that people are trustees of nature who are obliged to protect and preserve it. It also recognises that nature — ecosystems and all living organisms — have fundamental and inalienable rights to exist.

The Ecuadorian case is groundbreaking in sophistication because human beings are correctly seen as being part of nature. This is a key principle of sustainable development. The result is a fusion of holistic human values into the sustainable development agenda, which in return is integrated with governance systems — a philosophy known as “Earth jurisprudence”.

As in Ecuador, South Africa and elsewhere in the developing world, the vacuuming effect of expanding external powers in many rural landscapes dries up small local businesses and wreaks havoc with environmental resources, community values and labour rights. Safeguarding the future may mean creating local constitutions or municipal bylaws that espouse the rights of both nature and citizens. The basis for this is a robust and well-thought-through approach to sustainable development in the Constitution.

A legal remedy for Section 24, for example, might be to present principles and goals for air and water as individual subsections that relate to biodiversity and people. This would signal to the state and society what the particular duties are that we have towards our environment. This will also slay the perspective that the environment is the property of the state.

If we dare to forecast the evolution of South Africa’s track record of sustainable development over the next few years, then perhaps it is time for a radical rethink.