Mugabe: No halt to local ownership in Zim 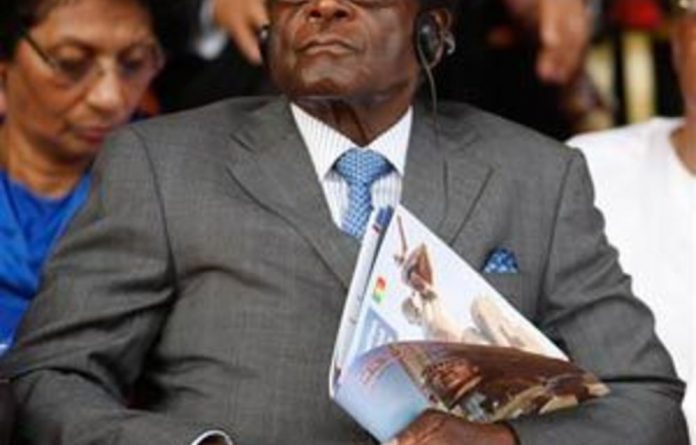 President Robert Mugabe, denying a statement by the prime minister’s spokesperson, said on Wednesday that Zimbabwe had not suspended its drive to transfer control of foreign firms to local black people, but was trying to improve the regulations.

Mugabe said the government had not suspended regulations issued last month by Youth, Indigenisation and Empowerment Minister Saviour Kasukuwere, requiring foreign firms to give details of their shareholding structure and plans to achieve majority local control.

On Tuesday, Prime Minister Morgan Tsvangirai’s spokesperson, James Maridadi, said the Cabinet had agreed to suspend and review the regulations.

The requirement for black Zimbabweans to be handed control of foreign firms operating in the country has divided the troubled one-year-old unity government of Mugabe’s Zanu-PF and Tsvangirai’s Movement for Democratic Change (MDC).

Analysts say it would discourage foreign investment and damage efforts to rebuild an economy that shrank by more than 40% during a crisis-ridden decade before rebounding in 2009.

“What there is is that the regulations are being studied by a committee of Cabinet just to improve on them.”

The regulations took effect on March 1 and gave foreign-owned firms, including banks and mines, 45 days to file proposals on how they planned to sell 51% of their shares to black Zimbabweans within five years.

The deadline for submitting proposals is Thursday, April 15.

Kasukuwere also told Reuters earlier in a telephone interview that the process had not been frozen — underlining the power struggle under way between Zanu-PF and the MDC.

“That statement [by Maridadi] is at variance with the position taken by Cabinet. Someone is trying to play politics here,” Kasukuwere said.

“The regulations have not been suspended. It’s business as usual and businesses are encouraged to continue furnishing us with their empowerment proposals.”

Government divided
“The correct position is that we continue to interact with business, but we also continue to receive proposals,” he said.

“We are not insisting on these companies becoming indigenous today. We are getting them to state how they propose to achieve compliance, then we will deal with their proposals, sector by sector.”

Mugabe’s Zanu-PF government passed an indigenisation and economic empowerment law in 2007, well before he formed the power-sharing administration with Tsvangirai last year.

The government says Zimbabwe needs at least $10-billion to rebuild the economy, but foreign donors and investors are waiting for reforms and signs that Mugabe is ready genuinely to share power.

Key foreign players in Zimbabwe’s mining industry include Anglo Platinum and Impala Platinum Holdings, and Rio Tinto has gold and diamond mines in the country.

Britain’s Standard Chartered, Barclays Bank and a unit of South Africa’s Standard Bank are foreign-owned banks with operations in Zimbabwe.

Critics blame Mugabe, Zimbabwe’s ruler since independence from Britain in 1980, for the economic woes, which worsened after his drive to seize white-owned farms to resettle black Zimbabweans in 2000.

The veteran ruler denies the charge and blames Western sanctions for the economic crisis. — Reuters