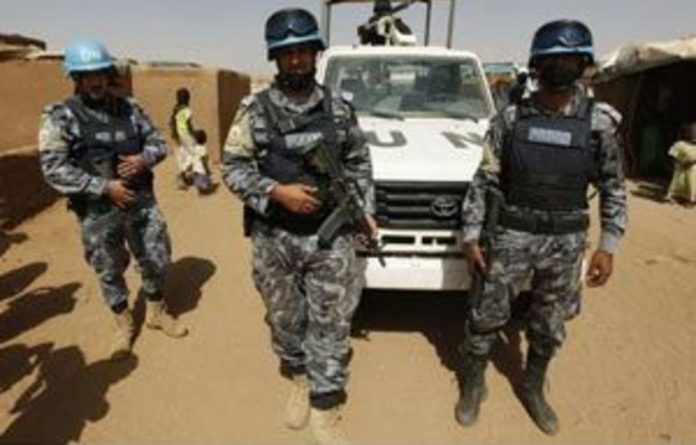 No ransom demands had been made for four South African peacekeepers kidnapped in Sudan, the United Nations-African Union Mission in Darfur (UNAMID) said on Thursday.

“Despite an all-out effort on every front, the peacekeepers and their vehicle remain unaccounted for. Our concern is that we are now facing a carjacking and abduction situation. Notwithstanding recent media reports, we have not been contacted by any party nor have we received any claim or demand of any sort,” said UNAMID joint special representative Ibrahim Gambari in a statement.

He was in “constant contact” with Sudanese government officials.

The four unarmed police advisors’ last movement was reported at 4pm on April 11 when the group left Nyala in South Darfur on a seven-kilometre journey back to their private quarters.

“[They] have not been seen or heard from in more than 72 hours … UNAMID has continued to mobilise all its resources in the region and is working in close co-operation with the government of the Sudan and local authorities in the search for the missing peacekeepers,” said Gambari.

The Agence France-Presse news agency reported their kidnapping on Wednesday, describing it as the largest single abduction of foreigners in the war-torn Darfur region.

Mbeki is the head of the African Union panel on Darfur.

Several aid workers have been kidnapped in the semi-desert region of Darfur in past years.