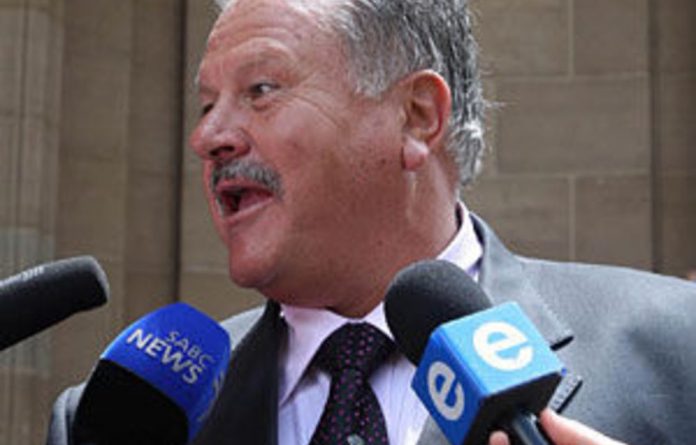 Asked by his counsel, Jaap Cilliers, what caused the relationship between him and the Scorpions to deteriorate, Selebi gave a number of examples, including the alleged plan to prosecute Mbeki.

Selebi told the court he was told by police officers who attended a meeting with senior NPA prosecutor Anton Ackerman that the NPA needed police detectives to help Ackerman investigate crimes committed under apartheid by the ANC and the South African security forces.

Selebi refused to assist the NPA. "How am I expected to give police to Anton Ackerman to investigate me and possibly charge me for the fight against apartheid? That created a big problem in our relationship [with the Scorpions]."

In a subsequent discussion with former prosecutions boss Bulelani Ngcuka, Ngcuka allegedly told Selebi such prosecutions would not happen.

'Money has never been the centre of my life'

The first day of Selebi's defence has lived up to the promise he once made that he will tell all and hold nothing back.

The emotionally charged former top cop finally took the stand to answer to charges of corruption and defeating the ends of justice.

Like a politician making his last speech, Selebi narrated the story of his life and his "painful" journey in the struggle of South Africa, which eventually led to him being hand-picked by Mbeki as police national commissioner in 2000.

Before going into the merits of the case, Selebi dismissed allegations that he had received any money from convicted drug lord Glenn Agliotti. He told the court that money has never been a part of his life and that he had lived his whole life without it.

He denied that Agliotti had ever paid for his children's medical bills or had bought them Fubu clothing at Grays in Sandton.

"It's a lie. There was no child who was sick. Agliotti is a type of person if I said I were a born-again Christian, he would say that he invited me to meet God," said Selebi.