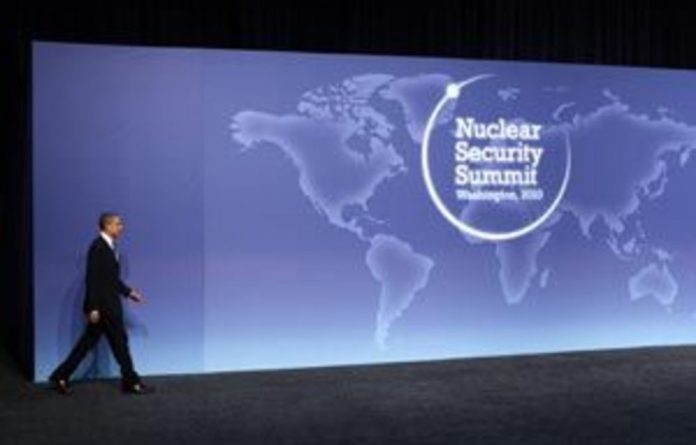 Just over a year ago in Prague, United States President Barack Obama outlined his vision for a more secure world — one in which the US would work towards a “world without nuclear weapons” and where the global community would act in concert to prevent what the US believes is the most immediate and extreme threat to global security: nuclear terrorism and proliferation.

Large quantities of highly enriched uranium (HEU) and separated plutonium, which can be used in key components of nuclear weapons, are used in legitimate civilian applications at research facilities and universities, as well as in military use. A terrorist or proliferation incident involving such materials could have devastating consequences for whole societies, economies, thousands of innocent victims and public confidence.

All of us, therefore, share a strong common interest in ensuring the highest levels of security and protection for nuclear materials. We can do this by working together to strengthen national and international efforts to prevent nuclear smuggling and to detect and intercept nuclear materials in transit.

Recognising both the risk we face and that we can work together to reduce it, Obama called for a new international effort “to secure all vulnerable nuclear material around the world within four years” and expressed his desire to hold a global summit on nuclear security.

This call to action became a reality at the April Nuclear Security Summit in Washington. More than 40 world leaders, including President Jacob Zuma, participated in this unprecedented gathering. Obama and Zuma also met separately last Sunday to discuss this and other important issues.

South Africa’s participation in the summit was important for a number of reasons. First and foremost, South Africa is the only country to have built and then voluntarily dismantled all its nuclear weapons under the auspices of the International Atomic Energy Agency (IAEA). It then went further and joined the non-proliferation treaty as a non-nuclear-weapons state.

South Africa is a major nuclear power supplier for domestic and regional energy needs and one of the world’s leading producers of the isotopes that are essential for nuclear medicine. The South African Nuclear Energy Corporation is setting higher new standards for reducing nuclear proliferation risks by becoming the only company in the world to produce radioisotopes for medical purposes on an industrial scale, using an entirely low-enriched uranium (LEU)-based process. The conversion of South Africa’s Safari research reactor from the use of HEU fuel to LEU fuel was completed in 2009, with cooperation from the US.

As a longtime and steadfast supporter of non-proliferation and disarmament efforts, South Africa has world-class expertise and brings historical experience to the global effort to confront the challenge of nuclear terrorism and nuclear proliferation.

In the lead-up to the 2010 Soccer World Cup the US and South Africa are working in partnership with the IAEA to enhance the physical protection of radiological sources, for example at nuclear storage sites. There was similar US cooperation with China to further improve the security of radiological sources prior to the 2008 Olympic Games and with Greece in 2004. Stronger and more secure protection measures will guard against theft or redirection of these sources.

As we cooperate to reduce the risks of nuclear terrorism and proliferation, our two countries are breaking new ground to meet growing energy needs. This effort was spearheaded last September when South Africa and the US signed a bilateral agreement in Vienna on cooperation in the research and development of nuclear energy and followed up with a US-South African energy dialogue in Washington DC on April 12.

The US remains committed to reinvigorating and expanding bilateral and multilateral energy cooperation with South Africa. Together, we can help lead the international community towards solutions that reduce today’s nuclear threats while enabling all states to promote their energy and development goals by taking advantage of the peaceful uses of the atom.

Our partnership on these issues goes even further in building a strategic relationship — the enhanced US-South Africa energy partnership will help advance shared goals, including sustainable economic development, human and institutional capacity building, increased trade and investment and innovation to facilitate the global transition to a lower-carbon economy.

Last April Obama stood in Hradcany Square in Prague and challenged the world to pursue a future free of the nuclear dangers that have loomed over us all for more than half a century. This is the work of a lifetime, if not longer.

But today, one year later, we are making real progress towards that goal and South Africa is making its own unique contribution to the effort. Through its active participation in the Nuclear Security Summit, as well as our strategic partnership and ongoing bilateral dialogues, we are working together to help prevent nuclear proliferation and terrorism, while expanding the peaceful uses of nuclear energy.

We look to South Africa continuing in our partnership to serve in an even greater capacity on the African continent and beyond, to help make the world both safer and more prosperous.