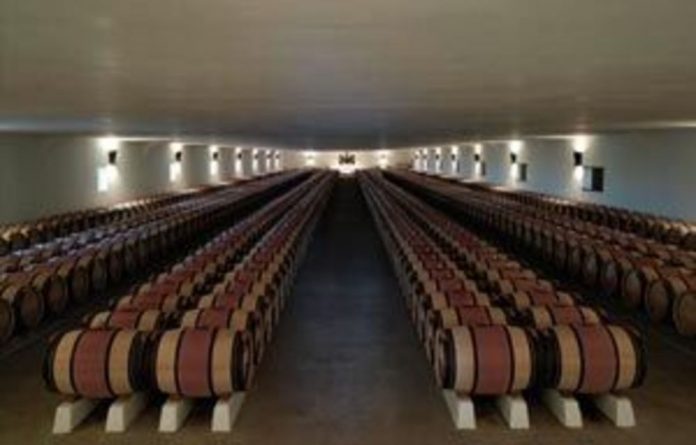 There is a sliding door off the tasting room at Chateau Mouton Rothschild, 32km northwest of the city of Bordeaux, which opens on to a cellar stacked with 500 oak barrels of newborn wine so well made it is likely to outlive almost all of us. Lying in immaculate rows in a crypt like hush, this is the Mouton 2009, part of one of the most hyped Bordeaux vintages in history.

Alabaster busts of former Roths-child barons look down over the slowly maturing liquids. If their lips seem to be smiling, it is with good reason.

Before it was even tasted, the wine world buzzed with talk that Bordeaux’s first growths — five elite wines, including Mouton — could be at their best in living memory: so good, in fact, that there are hopes the stock of Mouton could sell for more than R447-million — almost R45 000 a 12-bottle case.

At such a young age, the only guides to knowing whether these wines are worth such stratospheric sums are a handful of the world’s leading wine critics swirling, sniffing and swilling in judgment back in the tasting room. They are a group loved and loathed in equal measure by winemakers because, put simply, their deliberations can add or wipe millions from the wines’ value.

Pre-eminent among the owners of these elite noses and palates is Robert Parker, a Maryland lawyer-turned-critic, whose simple innovation of scoring wines out of a hundred has drawn such a huge consumer following that he now has the power to double or triple the value of a wine.

Mouton is not alone in enduring such merciless scrutiny. The same nail-biting process took place the previous week in scores of Bordeaux chateaux, as samples of the still-raw vintage were drawn from the barrels and tasted in public by merchants and critics for the first time. The winemakers who stand opposite them, awaiting judgment, have been known to lose their jobs after a bad review.

This ruthless ritual happens every year and precedes the setting of prices for the release of wine en primeur, a futures market that involves buying while the drink is still maturing in barrel. But how do these arbiters of taste and commerce come to wield such power and how can they possibly divine the future quality of wines that, in some cases, may not even reach their peak for another 50 years?

The truth is not everyone believes the critics have the powers of tasting judgment that the wine industry ascribes to them. There is a growing body of evidence that suggests their ability to pick the best wines is more luck than judgment. In a year of such high expectations, owing to almost perfect grape-growing weather last year, the quality of the judgments is under intense scrutiny. One study of the impact Parker has had over several decades suggested that a single “Parker point” can add or subtract 7% from a bottle’s price — and much more for the most expensive wines.

“Parker is the most important critic, bar none,” says Philippe Blanc, winemaker at Chateau Beychevelle, who has endured good and bad marks from the American. “In some properties directors like me can get sacked if he gives them a bad mark.”

Parker keeps an almost comically low profile and rarely tastes in public. Winemakers instead send samples to his hotel (rumour has it he once booked in at a Sofitel on Bordeaux’s ring road, avoiding the old-world luxury of the region’s chateaux and hotels).

They then wait, often for more than a month, for the score that will shape their family’s fortune.

Parker came and went this year before tasting week began; tastings of the best wines, normally organised for hundreds of merchants at a time, were opened for him alone. The only inkling of his thoughts so far is his brief posting on Twitter (@robertmparkerjr) about his joy at the fine weather and that he had worked up a mighty appetite for a meal at his favourite Paris restaurant on the way home. He will publish his scores in the coming weeks.

Others, such as Britain’s Jancis Robinson, whose reviews in the Financial Times are responsible for guiding the tastes of the so-called “Davos generation” of super-rich wine lovers, and the veteran Steven Spurrier, are more open. They buzz around the region’s country lanes in people carriers, alighting on different chateaux like bees seeking the most delicious nectar. Most will taste and spit as many as 600 wines during tasting week and end each day with gruesome-looking tannin-coated teeth and purple fingertips.

“Bordeaux tasting is the toughest week of my year, no doubt,” says Robinson. “I am here for six days and over that period I will taste about 100 different wines a day, most of them red. Such embryonic liquids, with their high levels of acidity and tannin, rarely caress the palate — they are more likely to assault it. Cups of tea and regular food help, but even though it sounds like a dream job for a wine lover, the sheer volume and the very demanding timetable make it very taxing.”

The process is mentally tough, too — like listening to a child chorister sing and trying to predict whether he or she is destined to sing at the Royal Opera House or in the local church choir. Get it wrong and the critics’ reputations suffer.

Wherever critics and merchants tasted recently, winemakers would look on anxiously as the fruits of more than a year’s labour in the fields and winery were judged.

But how good are the critics really at judging and are buyers and producers right to rely so heavily on their views? Some chateau owners complain that Parker has single-handedly changed how many of them make wine. Because he is thought to like so-called “fruit bombs” — juicy, high-alcohol wines — they have adapted to please his market-moving tastebuds. The veteran British critic, Hugh Johnson, once attacked him as “a dictator of taste”.

The technical abilities of critics more generally are also in question. Can they really spot all those unusual “notes” of tobacco, leather, cherry wood, toasted herbs and many more in a single sip of wine? A study in the journal of experimental psychology showed that it is hard to identify more than four components, yet critics regularly refer to many more.

In 2008 a retired professor of statistics from Humbolt University in the United States decided to take a closer look.

Robert Hodgson, who went on to become a small winemaker himself, discovered that the judges of the important California State Wine Fair in Sacramento struggled to reach the same conclusion tasting the same wine twice. He vetted up to 70 judges over three years, asking them to rate on a scale of 80 to 100 three samples of each wine poured from the same bottle. Only one in 10 of the judges could rate the same wine within two points and typically varied by four points.

Last year Hodgson analysed 2 440 wines in more US contests and found 84% of gold medal winners in one contest won no medal in another. He concluded: “Many wines that are viewed as extraordinarily good at some competitions are viewed as below average in others.” His verdict was that “winning a gold medal may be more a matter of chance than a predictor of quality”.

So for anyone considering spending hundreds — or even thousands — of pounds on a single case of Bordeaux 2009 that has yet to be bottled, Hodgson’s research is a cautionary tale. There again, investment returns can be handsome: a study by the American Association of Wine Economists shows that between 1996 and today investors in Bordeaux wines have typically enjoyed a return of 200%.

But for most wine lovers, a largely romantic breed, it will be easier simply to believe that, after a few disappointing years, Bordeaux has just delivered what some are billing ‘the greatest vintage ever”. —