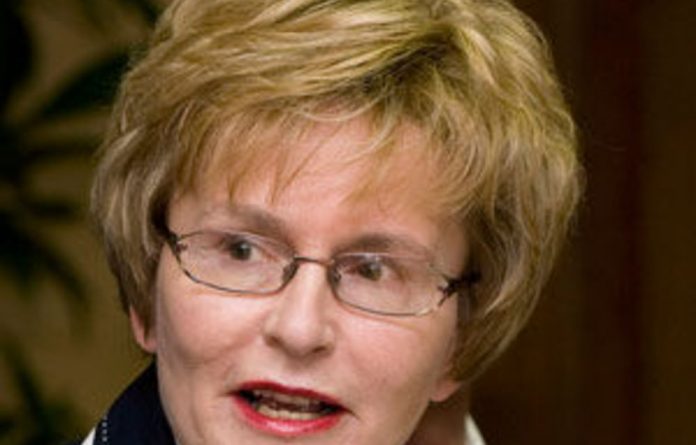 According to Democratic Alliance (DA) leader Helen Zille, President Jacob Zuma cannot act against corruption in government because he is held in a ‘corruption gridlock’.

“Zuma cannot get tough on corruption, even if he wanted to,” she said on Friday. “The cronies he relies on for political support benefit from corruption too much. Not only this, the ANC benefits. Most of all, Zuma and his family benefit.”

Writing in her weekly online newsletter, SA Today, Zille said that the obvious way to end the descent into a criminal state would be for President Zuma to stop talking about corruption and take decisive action to actually expose and prevent it.

She said he could announce anti-corruption measures, such as preventing political parties from doing business with the state. He could announce laws that prevent government employees from doing business with government. He could stop the deployment of cadres to parastatals and institutions integral to the fight against corruption, such as the National Prosecuting Authority (NPA). And he could reinstate the independence of the criminal justice system to expose and prosecute corruption without fear or favour.

“But even this selective use of the criminal justice system is becoming difficult because the entire ANC edifice — allies and opponents alike — are caught in what Allister Sparks calls a ‘corruption gridlock’. Senior ANC members have so much dirt on each other that they dare not take action against corruption. If one goes down, he will take the rest down with them. This is precisely what Jacob Zuma himself threatened to do when faced with prosecution relating to the arms deal before he became president.

“This explains why the corruption in the arms deal was so successfully covered up. It explains why Julius Malema was able to get away with what he did and said before any rebuke whatsoever from Zuma. It explains why Schabir Shaik is still on medical parole, despite no evidence that he is terminally ill.

‘Zuma is paralysed as a president’
“In all of these cases, the ANC leadership is paralysed because of its dubious past and future interest in maintaining the status quo. Zuma cannot go beyond rhetoric and take real action against corruption for fear of alienating those who have enough information to bring him down. His time and energy is spent placating those who hold this power over him instead of governing. This is the consequence of endemic corruption.

“Now that he has succeeded, Zuma is paralysed as a president. You can be sure that nothing will come of his rebuke of Malema. There will be no tough anti-corruption measures taken while he is in office. And, in time, Schabir Shaik will receive a presidential pardon.

“If we dig deep enough, I believe we would discover that Jacob Zuma continues to benefit from corrupt relationships to this day. The lifestyle of his family is too lavish to be affordable on his presidential income. We wonder how he can spend R65-million – which he has insisted is his own money — renovating his residence at Nkandla. And we marvel at how he can support his wives, his fiancée and 20 children on a single salary.

“But we also know that his family members, including his wives, are involved in over 100 companies — some of which benefit from state contracts. It was therefore not surprising that Zuma missed the deadline to declare his financial interests by 10 months, and only disclosed his assets when public pressure forced him to. The irresistible inference is that his advisers were sanitising his business interests for public consumption.” — I-Net Bridge

Facts and figures: The proportion of women legislators worldwide