Sudan votes, and stands on the brink of splitting in two 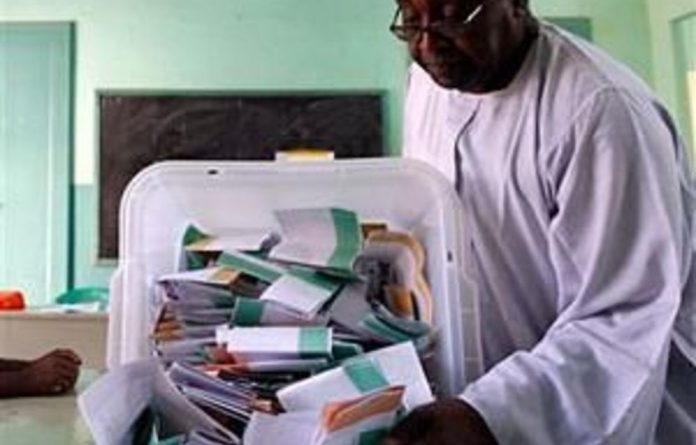 Britain can take general elections for granted, but millions of voters queuing in Sudan last week carried historic significance: it was the country’s first multiparty poll in almost a quarter of a century. The five-day ballot was part of a peace deal that ended 20 years of war between the majority Muslim north and mainly Christian and animist south that left more than 1,5-million dead.

But the process was marred by allegations of vote-rigging and a boycott by many opposition parties. Another key condition of the peace agreement means this could also be the last election of its kind. Africa’s biggest country is poised to split into two. In January the south is due to hold a referendum on independence. If, as widely expected, it votes yes, it will create the continent’s first new nation since Eritrea declared independence from Ethiopia in 1993.

“It is highly likely that the south will choose independence,” Scott Gration, the US special envoy to Sudan, said last month. “I don’t see that the north has to re-invade the south and start the war again. If we can resolve these issues, I think there is a fairly good chance that … the south can have a civil divorce, not a civil war.”

But diplomats fear that secession could encourage similar movements in Nigeria, the Democratic Republic of Congo and elsewhere, leading to a Yugoslavia-style fragmentation. Libya’s Moammar Gadaffi recently caused a diplomatic spat by arguing that Nigeria should divide into a Muslim north and Christian south. He then modified the proposal, suggesting several states along ethnic lines.

How can southern Sudan become an independent nation?
But there are important practical considerations. Last week, Time noted that Juba, set to become the world’s newest capital city of the world’s newest country, has no landline telephones, no public transport, no power grid, no industry, no agriculture and few buildings; some government ministries are built from prefab cabins and shipping containers. The magazine added: “How can southern Sudan become an independent nation when it possesses so little of what defines one? Many aid workers and development experts in Juba doubt it can. They have coined a new term to describe its unique status: pre-failed state.”

Then there are the questions of a flag, a national anthem and a name. Novelist Philip Hensher mused on the last of these in the Independent last year: “Naming it after an ancient tribe or modern ethnic group won’t work. The Dinka are the largest group, but it is a considerable melting pot … And though we live or have lived with two Yemens, two Koreas, two Germanys and now two Congos, two Sudans wouldn’t seem an ideal situation. No, I think it has to be called after its predominant feature, and the greatest of rivers … the Republic of the White Nile has a fine ring to it.” – guardian.co.uk