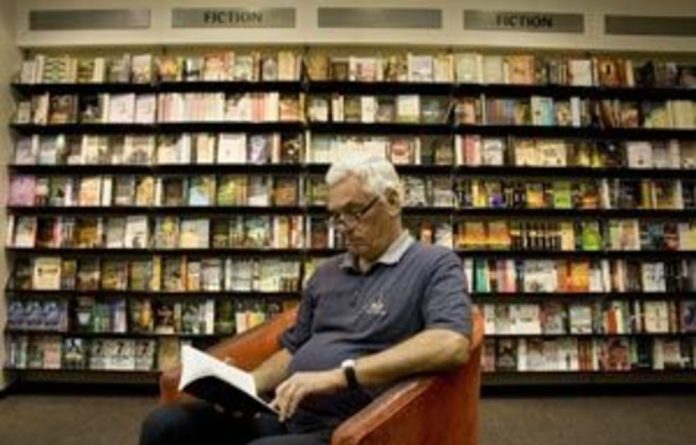 In the Bloomsbury branch of Waterstone’s, a British bookshop chain, I am trying to find a quiet seat to read Tacitus’s account of Seneca’s suicide.

Waterstone’s has embraced capitalism’s logic firmly. Even in this branch, with its 8km of bookshelves at the heart of London’s university quarter — and in an area denser with literary heritage than perhaps any in the world — discounted piles of Leona Lewis biographies and Frankie Boyle’s My Shit Life So Far sit on the tables with the latest JM Coetzee. This lunchtime the three-for-two tables are ringed by shoppers clutching two books and wondering if they can find a freebie worth reading. Here on the ground floor the discounting of book prices is so ferocious that if you leave having paid the recommended retail price you feel a right mug.

“They simply treat books as a commodity,” says Nicholas Spice, publisher of the London Review of Books, and one of the chain’s sternest critics.

“There’s no sentiment to it. If it’s celebrity biographies that are going to sell, then that’s what they’ll focus on. They’re not looking at it from a cultural perspective.”

Is that a problem? After all, I am the one who brings sentiment and culture to the book-buying experience. Spice’s thought, though, is that Waterstone’s has lost its literary soul in stooping to compete with supermarkets and stationery retailers.

“A big retail business will inevitably move to the lowest common denominator position. Their commitment to book quality has to wane.” Why? “Because once companies get big they draw in business management that doesn’t have any sensitivity to the product. That’s certainly the case with Waterstone’s: the books knowledge of the people who run it is relatively small. Staff aren’t paid well, so turn-over is high and knowledge of what they’re selling falls.”

“The emphasis given to the few is staggering,” says Mark Le Fanu, general secretary of the Society of Authors. “It’s our mid-list authors, who may not write the most commercial books but who often write the best, who are suffering. The big corporate publishers dominate the shelves and squeeze out smaller publishers.”

Hilary Mantel’s agent, Bill Hamilton, worries that books are being sold like shampoo. “In retail if you are selling a new shampoo you would expect to pay a leading retailer for a promotion, to make sure your shampoo is more visible than other ones. That pattern has been copied by Waterstone’s to an extent that has never been seen before in bookselling: you pay for almost any presence in the stores, you pay a huge amount for special promotions in the front of the store and you go on paying every week even if the books are selling strongly anyway.

“There seems to be a frantic scramble in the book retail world to rush downmarket to compete with the challenges of Amazon, the supermarkets and next the ebook. Publishers have to fight their corner, year after year, against ever more aggressive demands for higher discounts from the chains, but seem at a loss to know how to cope with the underlying problems they face. They fear speaking out about how their books are being sold.”

Novelist Giles Foden argues: “I get a strong sense that publishers, generally speaking, are angry about the terms on which they do business with retailers … Everyone puts a brave face on it but the relationship between publishers and retailers is under a lot of stress.”

I hear these arguments repeatedly from publishers who would rather cut their throats than go on the record. It’s understandable: they can’t afford to annoy Britain’s biggest book chain. “One of our novels, which shall remain nameless, sold 60% of its run through Waterstone’s,” says one publisher.

“So I’m not going to slag them off even though I hate what they’re doing to bookselling in this country.”

So the argument goes: in going big, Waterstone’s lost its soul. It didn’t used to be this way. Waterstone’s used to be good guys in the literary world. The chain was established in 1982 by Tim Waterstone. “Then they had amazing shops filled with unusual books,” recalls Spice nostalgically.

But soon Waterstone’s became the books retailer that the literati loved to loathe. Why? In 1991 Waterstone’s became one of the first British booksellers to start discounting book prices. For 91 years previously, booksellers had adhered to the Net Book Agreement, whereby retailers sold books at prices recommended by publishers. By 1995 the agreement collapsed; two years later it was outlawed. Supermarkets moved into bookselling, offering titles at unprecedented discounts. One result was that nearly 500 independent bookshops closed. Another was that Waterstone’s expanded massively.

Today the worry is that the demise of the agreement has meant there is no new generation of British literary talent to follow the likes of Martin Amis, Julian Barnes and Ian McEwan.

“There’s been a slow bonfire of literary authors in the past 18 months,” says Hamilton. “Publishers are sending out to pasture established literary novelists because they realise they aren’t going to be sold by the chains.

“The complaint now from publishers is that most of their quality books hardly get a look-in at all. In the past, sales for many literary novels were never very high, but now publishers are cutting down on their lists in ­desperation.”

Where some saw commercial good sense in Waterstone’s development, the literati just saw philistinism. Last year, for example, staff from Waterstone’s flagship Piccadilly store in central London met writers, including biographer Michael Holroyd, poet Wendy Cope and novelist Deborah Moggach. Why, writers asked, had the biography department been moved from the ground floor and replaced by stationery? “The answer was that customers preferred stationery to biography,” recalled Holroyd. “The blank page was in demand — and it was the job of the bookseller to meet that blank demand.”

Again, it didn’t use to be that way. Booksellers once thought that their job was to create demand for books worth reading.

“Waterstone’s daren’t risk doing that now,” says Nicholas Clee, author and former editor of Bookseller. “They should have realised that they must make their stores pleasant. Coffee concessions don’t really deliver that. If I was running Waterstone’s now, I would increase what the marketing people call ‘dwell time’.

“I’d make the shops like old-fashioned reading lounges lined with books, like you used to have in Edwardian times. They wouldn’t be bookshops with a café, but bistros with books. The arithmetic doesn’t look immediately obvious, but that’s often the case when you try innovative things.”

I wander five floors of the Bloomsbury Waterstone’s, fruitlessly looking for a corner to sit and read. It’s one where you’re invited to buy as much as possible and then shove off.

Some little guys, at least, think otherwise. The Noughties have seen several culturally significant small independent bookshops open, including the six-year-old London Review of Books bookshop, which lies a stone’s throw from the Bloomsbury Waterstone’s.

Isn’t it mad to set up shop now? Apparently not. “We have wanted to expand into bookselling for a long time and now the moment seems right,” they say.

“We seem to be entering a golden age of independent bookselling as readers become increasingly disenchanted with the supermarket atmosphere of the chains and there is a new appetite among book buyers for a more carefully curated experience.”

A carefully curated experience — in west London, maybe. But I doubt it is a model that appeals to Waterstone’s accountants. —