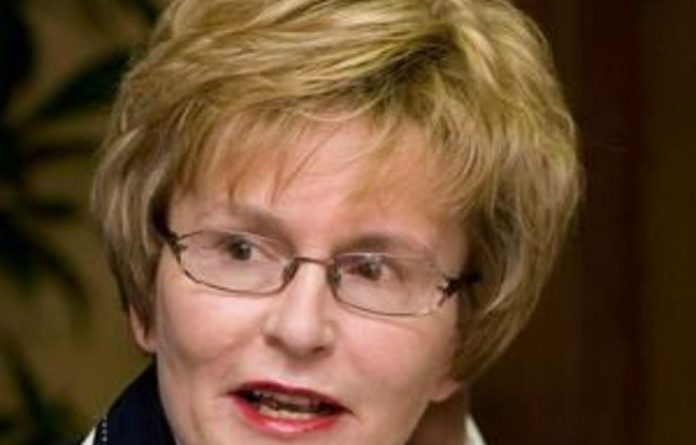 An “email” allegedly recording racial slurs by a senior official of the Western Cape provincial government is a fake, forensic investigators have concluded.

The email was released to the media on April 7 by the interim leader of the African National Congress (ANC) in the province, Membathisi Mdladlana.

Western Cape Premier Helen Zille told journalists on Tuesday that her department commissioned PricewaterhouseCoopers to look into the document, and had received its report.

“The email in question was a fake,” she said. “The independent investigation has confirmed our initial suspicion that this was a hoax designed to discredit the Democratic Alliance and the Western Cape provincial government.

“In fact, it bears all the hallmarks of the ANC’s dirty tricks department.”

She said the probe had cost R72 000, but she did not see why the public should bear the cost of investigating an ANC smear.

“I have today [Tuesday] written to Membathisi Mdladlana and Lynn Brown [ANC leader in the legislature] to request the ANC to foot the bill for the investigation.

“I have given the ANC five working days to respond to my letter. If no satisfactory response is forthcoming, we will consult our lawyers to ascertain the legal options available to us.”

‘Waste of money’
The report said the ANC’s document did not have the same details, such as date format and signature, as genuine emails sent from the address of the municipal manager at Stellenbosch.

Du Plessis, it said, did not have access to the Stellenbosch server at the time the message was allegedly sent, and there was no trace of the alleged email on any of the servers used to process the flow of emails from Stellenbosch to the provincial government.

“Based on the work performed by us we conclude that the alleged email was not sent by Mr Du Plessis to Mr Bredell,” the report said.

Du Plessis said on Tuesday he had not seen the report, or been officially told of the findings. “I haven’t read it yet, so I can’t express myself on anything regarding it,” he said. “I prefer to act on facts. I’ll apply my mind after I’ve read the facts.”

However, he added that the incident showed “how low politics in South Africa goes now”.

“Instead of serving the community where there is a massive need for services, they waste money,” he said. “We don’t need that in our country. We need to work together to solve our problems.”

The hoax email is dated March 8 this year.

It contains a discussion of by-election results, and of infighting in the Stellenbosch municipality, which is controlled by an alliance of Zille’s DA, the Independent Democrats, and other parties.

At one point the writer uses the words “you can’t trust a hotnot”, and at another “the one kaffir is leaving the job this week”.

Du Plessis, formerly an adviser in Zille’s office, was seconded to the municipal post in December after the alliance took control of the municipality from the ANC. — Sapa