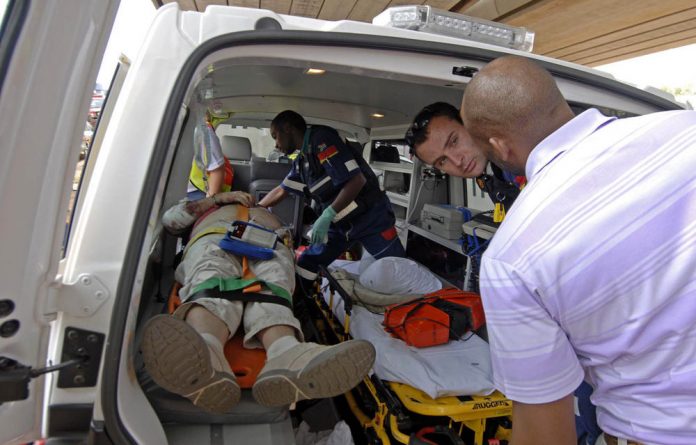 Two women were killed, one of whom was pregnant, according to Johan Pieterse, Tshwane emergency services spokesperson.

“The Railway Safety Regulator has learnt with alarm of the Rovos Rail accident early this afternoon in Pretoria, where three people were fatally injured, while nine were critically injured,” the authority said in a statement.

Luxury carrier Rovos Rail confirmed the accident but said it had no details on the nationalities of the passengers involved. A spokesperson said most customers are from Europe and the United States.

“We had a derailment of one of our trains. It was an inbound train from Cape Town to Pretoria,” said David Patrick, marketing manager for private luxury rail company Rovos Rail.

“The emergency services are attending to the injured and some of the injured have been taken to hospital,” he told Agence France-Presse.

Earlier Netcare 911 spokesperson Chris Botha that some of the coaches were lying on top of each other. “Rescuers had to cut holes in the roofs to get the passengers out,” he said.

There were 55 people on board at the time of the derailment.

It wasn’t clear at this stage what had caused the derailment.