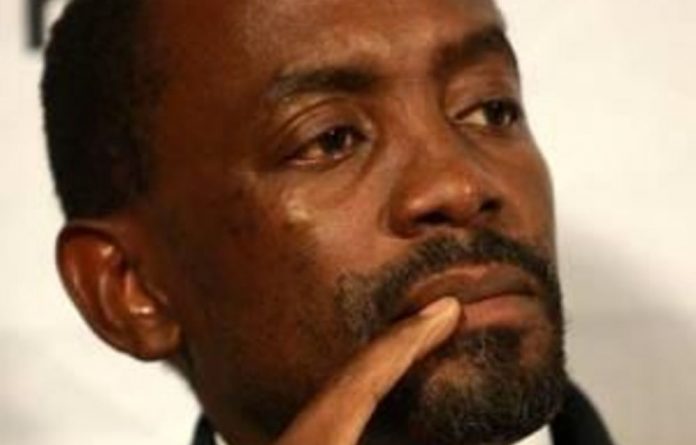 Justice Minister Jeff Radebe claimed on Wednesday that he was left in the dark on new national prosecutions chief Menzi Simelane’s controversial plans to restructure the National Prosecuting Authority (NPA).

“I have not been briefed. That is why I have requested a briefing with the national director of public prosecutions so that I can understand the issues,” he said, briefing Parliament’s portfolio committee on justice on his department’s budget.

He announced that he would bring the long-awaited Superior Courts Bill to Cabinet next week, but the meeting was dominated by concerns over Simelane’s plans, notably their perceived interference with the lauded Asset Forfeiture Unit (AFU).

“I was not consulted on it. He is the head of the NPA in South Africa and he may have taken a decision that is in the best interest of the NPA but … I’m unaware of a formal discussion on those matters,” he added.

The five-year strategic plan unveiled by Simelane last week included making the AFU and three other specialised units answer directly to provincial directors of prosecution, who in turn report to him.

The Democratic Alliance protested that this amounts to “disbanding the AFU” and that the plan would be the “ruination” of the NPA because it undermines its independence and places its administration under the director general of justice.

Radebe was adamant that the future of the AFU was secure, adding: “I haven’t seen any motivation from anybody that we should disband the Asset Forfeiture Unit.”

But he said he supported an ultimatum given to Willie Hofmeyr by Simelane to choose between his twin posts as head of both the AFU and the Special Investigations Unit (SIU). He has been with the AFU since its inception in 1999 and joined the SIU two years later.

“Of that one I know. The work in the AFU demands that a person be dedicated to that unit.”

Hofmeyr did not want to comment on the issue.

‘It’s our responsibility to stop this in its tracks’
He did, however, react to a clause in the NPA strategic plan demanding the return of all AFU investigators that have been seconded to the SIU.

Hofmeyr said 48 former members of the now-defunct Scorpions were placed at the SIU, but that since then about 30 had been offered positions at the AFU, enabling them to remain within the NPA.

The move would “not really” weaken the SIU as many had not started work there yet, he added.

Radebe said he had not been aware of this either.

Concern over the future of the special units attached to prosecuting authorities grew this week when the NPA said it could no longer tolerate a situation where asset forfeiture investigators reported directly to Hofmeyr.

Spokesperson Bulelwa Makeke said it had caused a “disconnect” in that provincial directors of public prosecution were unaware of asset seizure case in their areas.

In future AFU members would report directly to regional prosecuting authorities, while the head of the unit, as well as those of the specialised commercial crime unit, the priority crimes litigation unit and the sexual offences unit, would serve as special advisers to Simelane.

Commentators have accused Simelane of trying to weaken the forfeiture unit with its success rate of 85% and a history of going after high-profile suspects.

He raised eyebrows last month when he ordered the AFU not to pursue attempts to freeze the foreign assets of businessman and arms-deal corruption suspect Fana Hlongwane.

“It is our responsibility to stop this in its tracks — the whole strategic plan and the voting of R2,5-billion for advocate Simelane to do what I consider to be the ruination of the NPA.”

Smuts said she would not vote in favour of Simelane’s budget and repeated an opposition demand that the Constitution be changed to remove a clause stipulating that the justice minister “must exercise final authority” over the NPA.

Smuts said the issue must be resolved because it would be catastrophic for “the prosecution to become politically partisan” just as effect was being given to the constitutional provision that the courts be independent. — Sapa