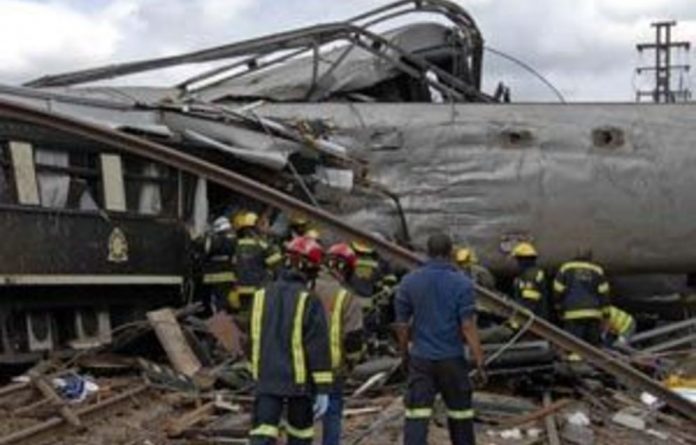 Metrorail services were set to be disrupted on Thursday as officials were clearing the scene where a Rovos Rail train derailed, a spokesperson said.

“Metrorail officials are on site assisting in the clearing of the derailment from the rail tracks, which is estimated to last approximately two days,” said Metrorail spokesperson Nana Zenani in a statement.

“This will result in the closure of the Pretoria to Centurion line and a temporary delay of train services for the duration of the clearance and repair works.”

One of the three women who died was four months pregnant and went into labour at the time of the accident.

Two women died on the scene and the third later died from her injuries.

Vos said one person was still in a critical condition. Six others were out of danger but had sustained serious injuries.

The train crashed on to its side across the railway tracks.

There were 55 passengers on board — mostly foreign tourists — and 30 Rovos Rail employees.

About 40 of the passengers were American tourists, of whom 10 were taken to hospital. There were also South African, German, British and French tourists on board.

The cause of the derailment was not yet known, Zenani said.

“Metrorail sincerely apologises to its customers for the unforeseen delay. Metrorail management and staff send our heartfelt condolences to the families who lost their loved ones during the Rovos Rail derailment.” — Sapa