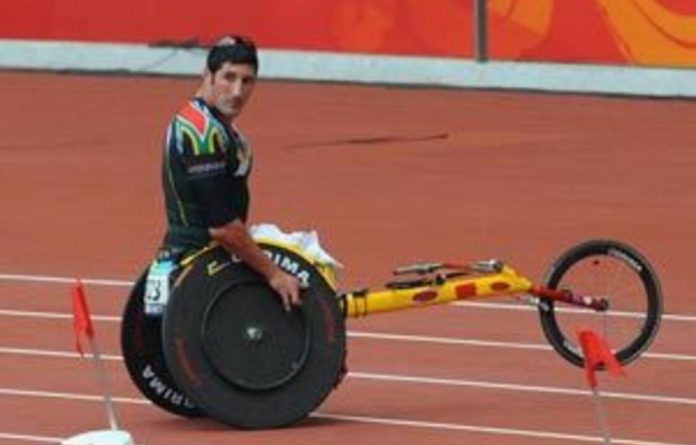 Fresh off his record breaking ninth Boston Marathon win on Monday, South African wheelchair racer Ernst van Dyk is hoping it will go down to a bunch finish on Sunday as he aims for a maiden victory at the London Marathon.

Van Dyk said on Thursday he was still recovering from Monday’s race, which he won by four seconds in a sprint finish against Krige Schabort, and had only been assured on Tuesday of a flight to the United Kingdom after a volcano erruption in Iceland had grounded flights in to and out of the country.

“I’m still a bit emotional after the race in Boston,” Van Dyk said.

“I was not even sure if I would be flying to London. Now that I know I’ll be racing I can start thinking about it.

“I raced very hard on Monday — never before have we had a close finish like that in Boston — and I came back from being over 200m behind with 7km to go to win.

“I’m still hurting like I’ve never hurt before. I will only know on Saturday about my recovery, but if it goes down to a sprint I will be ready for it.”

Unlike Boston, well known for its undulating course, London is best known for its fast, flat route, and the 37-year-old is hoping for a similar finish to last year’s race when he placed third in a sprint.

“It’s not really a course for me as it’s dead flat. I need some hills,” he said.

“Nothing is impossible and I came very close last year. Had I not picked up a cold in London it might have happened as I broke away early in the race but could not sustain my pace.”

Van Dyk’s toughest competition is likely to come from defending champion Kurt Fearnley from Australia, the 2004 and 2008 Paralympic marathon champion, and Britain’s David Weir, a four-times winner of the race. — Sapa