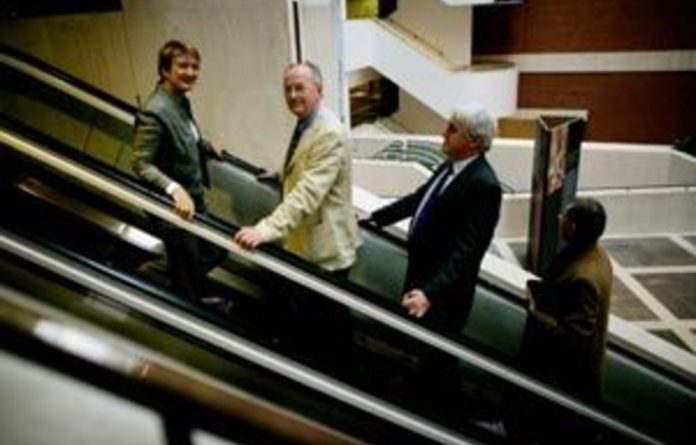 On the back of The Good Man Jesus and the Scoundrel Christ by Philip Pullman (Canongate) is printed in large capital letters, “THIS IS A STORY”. It’s worth remembering that emphatic statement as you read the book. This is not a speculation about the beginnings of Christianity, a claim to have uncovered the real, suppressed history of Jesus. It is a fable through which Pullman reflects on Jesus, on the tensions and contradictions of organised religion — and indeed on the nature of storytelling.

A fable: it should be obvious from the early chapters that this is not meant to be a realistic narrative. Its premise is that Mary gave birth to twins: Jesus, an earthy, generous visionary, radical enough to create panic in conventional religious and political authority; and “Christ” — a nickname for the weaker, self-righteous, fearful brother who shadows Jesus, trying to persuade him to accept a destiny he refuses.

The nickname conceals what is never said in the text: “Christ” is in fact Judas. He is in love with miracles, with the dream of an unanswerable human authority sanctioned by God, with the mirage of a world forever safe from doubt and permeated by the benign if somewhat capricious presence of a God who reinforces his commands with — well, magic. This shadow figure takes hold of Jesus’s identity, recording and editing what he says and does, encouraged by a mysterious stranger who eventually prompts him to betray his brother to death and stage-manages the “resurrection” appearances by presenting “Christ” as Jesus risen from the dead.

“Christ” is tormented by the knowledge that he is distorting and betraying, but accepts the stranger’s assurance that all this is necessary to stop Jesus being forgotten and to create the church in which God’s authority among men and women will be secured once and for all.

A very bold and deliberately outrageous fable, then, rehearsing Pullman’s familiar and passionate fury at corrupt religious systems of control — but also introducing something quite different, a voice of genuine spiritual authority. Because that is what Pullman’s Jesus undoubtedly is. Time and again, when Pullman offers his version of a familiar biblical saying or narrative, he achieves a pitch-perfect rendering in modern idiom, carrying something of the shock and compelling attraction of the original gospel text. Just one example.

When he relates the story of Jesus healing a demon-possessed man in the synagogue, his Jesus responds to the shouts of the disturbed man with: “You can be quiet now. He’s gone away” — subtly paraphrasing the “Be silent and come out of him” in the gospel. This eloquently suggests the sort of sense a modern reader might make of the story, without reducing the manifest authority of the words of Jesus. More radically, he manages to retell the parable of the wise and foolish virgins in a way that turns the biblical text completely upside down, yet creates an echo of other gospel parables in its fundamental vision — reversing moral expectations in the context of the Kingdom of God.

‘Pullman at is very impressive best’
The narrative is mostly Pullman at his very impressive best, limpid and economical, though one or two passages feel like easy point-scoring — the Annunciation story told as a seduction, or the mechanics of a fraudulent resurrection. At only one point does he break the flow of this narrative, in a long soliloquy by Jesus in the Garden of Gethsemane on the night of his arrest. Jesus’s own faith, it transpires, is now on the edge of extinction. He admits to himself that there is no answer to be expected from heaven. Looking towards God, in the complete absence of any definable divine action or manifestation, is no longer possible. We may look back wistfully at a world in which this once felt possible or natural; but we have to let it go or be dishonest.

It is essentially the vision of Mary Malone in the third volume of Pullman’s His Dark Materials. Here as there, it is expressed with some real emotional power. But there are problems. One is simply that nothing in the narrative has prepared us for this; the Jesus of earlier chapters has a robust conviction of the unconditional love of God as the basis for forgiveness and generous confidence, and for principled opposition to religious nonsense and tyranny. Set against the magical, power-hungry deity of “Christ”, this is a liberating vision of the divine. Suddenly, it seems to have collapsed because there is no conclusive sign from heaven; and nothing in the story helps us to see how this happens.

The problem for a believer goes deeper. In the gospels, too, Jesus agonises in Gethsemane and gets no answer. But he accepts that he has — so to speak — taken on the responsibility of providing an answer in his own life and death, in a way consistent with his claim throughout the gospel to be speaking on behalf of God’s liberating authority within a paralysed religious and social world. So when he cries out to God in agony from the cross: “Why have you deserted me?”, this is the consequence of his decision to be — in his own person — God’s “answer”. And there is no consoling word that can come to him from outside. There is a clear narrative line in the Bible from Jesus’s revolutionary confidence in announcing God’s forgiveness, through to the terrible resolution in Gethsemane and its consequence on the cross. Simply as narrative, I think it makes better imaginative sense than Pullman’s abrupt introduction of Jesus’s abandonment of faith. Now Pullman would reject such a narrative line, because it claims that God’s “failure” to answer doesn’t decide anything. Pullman’s Jesus is scathing about “smartarse priests” who talk about God’s absence really being his presence. Well, yes: Christians use this kind of language. But not to let themselves off lightly; they’re arguing that you get anywhere near the truth only when all the easy things to say about God are dismantled — so that your image of God is no longer just a big projection of your self-centred wish-fulfilment fantasies.

What’s left, then? This is the difficult moment. Either you sense that you are confronting an energy so immense and unconditioned that there are no adequate words for it; or you give up. From Paul to Luther, George Herbert or Dietrich Bonhoeffer in Hitler’s prisons, there are plenty who haven’t given up; and they haven’t given up because they see their experience in the light of something like this understanding of Gethsemane and the crucifixion.

That apart, Pullman leaves the Christian reader with a genuine paradox to ponder and he doesn’t — to his credit — suggest that the arguments are not serious. The sinister stranger in the book — who stands for all philosophical system-makers who want to improve on history by importing eternal truths at the expense of ordinary truthfulness — insists to “Christ” that Jesus’s message can only survive clothed in the language of miracle and power. It is very much the argument we find in the mouth of Dostoevsky’s Grand Inquisitor — that Jesus was too radical for ordinary human consumption and, for his memory to survive at all, you will have to lie about him. But what Pullman doesn’t fully allow, I think, is the degree to which the New Testament itself is already aware of the dangers.

Mark’s gospel, in particular, presents a Jesus who insistently refuses to use his own miracles to prove his status, and a company of disciples who are chronically incapable of understanding Jesus’s challenges. It seems to recognise the irony that the more you say about Jesus the more you risk getting it wrong.

And through the Christian centuries, these unresolved tensions and deliberate ironies in the Bible have gone on prompting people to resist the lure of Pullman’s “Christ” and his anxious religiosity — a Francis of Assisi, a Bonhoeffer, an Oscar Romero, murdered 30 years ago last month for his resistance to state terror in El Salvador. They have seen through the surface froth of religion and heard the voice Pullman himself obviously finds so compelling. That should make us pause before deciding that the New Testament is quite as successful in sanitising an uncomfortable history through religiously convenient “truth” as Pullman implies. It is aware of its own temptations. It trains its readers in self-questioning.

Not always, God knows, given the church’s record. But often enough to mean that the gospels are still a more resourceful text even than such a searching, teasing and ambitious narrative as Pullman has given us. —