Judge speaks out on Goldstone vs Goldstein 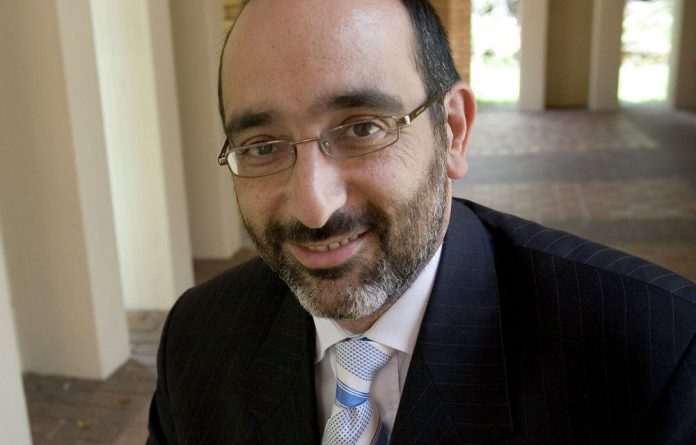 Davis was responding to Goldstein’s op-ed article in the Business Day this week in which the rabbi asserted the “ancient and sacred principle” of open synagogues applied to Goldstone.

Zionists have threatened to picket the Sandton shul during the bar mitzvah in protest against the Goldstone-headed 2009 United Nations report, which criticised Israel’s human rights violations during the invasion of Gaza.

In the article Goldstein said that “the synagogue is open to the entire family, including Goldstone, and that everything possible would be done to ensure that the bar mitzvah be celebrated with the dignity and joy befitting such an important religious milestone”. But, he added: “His [Goldstone’s] severely compromised report has unfairly done enormous damage to the reputation and safety of the state of Israel and her citizens — I feel strongly that the synagogue should be open to Goldstone, even though, in my opinion, he has done so much wrong in the world.”

Goldstone hit back on Thursday, questioning the chief rabbi’s sincerity and accusing him of seeking to “brazenly politicise the occasion of my 13-year-old grandson’s bar mitzvah to engage in personal attacks on me”.

Goldstein defended his stance, saying that he and the rabbi and executive of the Sandton shul had ensured that Goldstone could attend the bar mitzvah and “did our best to persuade those who wish to protest not to do so. But South Africa is a free democracy where people may protest [without] my permission to do so.”

Davis insisted yesterday that Goldstein could do more: “What the chief rabbi should have said is that, ‘Although I disagree profoundly with the Goldstone report, I also believe profoundly in open synagogues. I would personally meet and escort Goldstone into the shul for his grandson’s bar mitzvah to ensure that there is no disruption’. As an alternative, he should call on any Jewish group to desist from protesting outside the shul because it is inappropriate, in that it will disrupt the bar mitzvah.”

Goldstein was not available for comment on Thursday, but the Mail & Guardian understands the Goldstone family, the South African Zionist Federation — which is believed to be behind the protest threats — and the Sandton shul have agreed that he should not attend the bar mitzvah and no protests will take place.

On Thursday Zev Krengel, the Jewish Board of Deputies chair, defended the would-be protesters’ right to free expression: “A lot of people feel that Goldstone has done such harm to the state of Israel, its national security, its people and its military, that he can’t just walk into any shul and expect every­thing to be okay,” Krengel said.

The board would defend anyone’s right to enter a shul but “we also maintain that anyone can protest outside provided it is lawful, peaceful and tolerant”.

But he said pro-Palestinian protests should not be permitted outside synagogues. “That would open a can of worms. If you have a problem with Israel, go and protest outside an Israeli embassy. The issue here is Goldstone. If Goldstone comes to the shul, people should have the right to protest against him outside.”