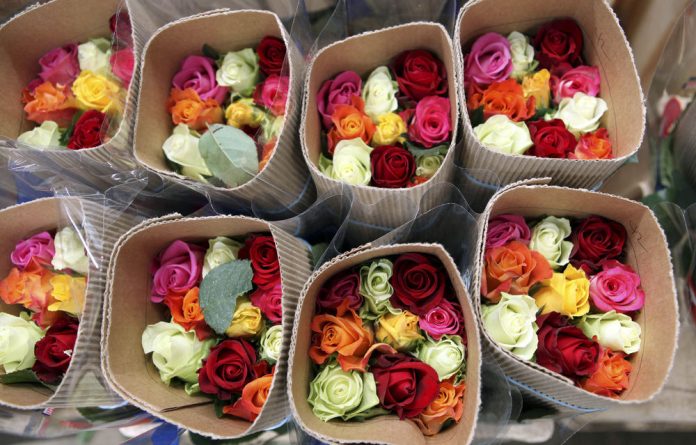 Vishal Shah pokes the packets of baby corn and petit pois normally destined for British supermarkets. “We monitor samples here,” says Shah, commercial manager at Sunripe, one of Kenya’s largest exporters of fresh fruit and vegetables. “Just to see how they react coming up to their best-before dates.”

Most of the produce won’t react at all, though. That’s because most of the fruit and vegetables destined for export and harvested, boxed, labelled and trucked to Nairobi for cooling were being destroyed this week. “It’s a catastrophe,” he says. “Who would have thought that a volcano far away in Iceland could affect East Africa so badly?”

Kenya’s vegetable and cut-flower industry exports mainly to Europe, with more than a third going to Britain alone. That’s meant it has felt the impact of the European flight ban more than most outside the continent. Casual workers are being laid off, while trucks stuffed with vegetables and cut roses are being turned away from cargo depots at Jomo Kenyatta, easily East Africa’s busiest airport.

“Usually we would have five trucks here every day,” says a security guard at one warehouse dealing in flowers. “Now there are just two, and they are collecting their produce.”

Although limited flights to Spain began on Monday night, Kenya’s producers still had to bear the cost of trucking their produce the 18 hours-plus by road from Spain to the United Kingdom, Amsterdam and other markets. It’s meant that everyone from vegetable washers to flower cutters is being laid off.

“About 150 000 casual workers are facing redundancy,” says Dr Stephen Mbithi Mwikya, chief executive of the Fresh Produce Exporters’ Association of Kenya. All the cold storage in the country is now full, meaning vegetable and flower growers have to lay off workers unless there is a complete lifting of the flight ban.

“This is very bad,” he said. At this time of year the Kenyan agricultural industry ships 1 000 tonnes of produce every day. But if it can’t ship it, it will have to be pulped and turned into compost or cattle feed. We are already looking at losses of $3million (R22,4-million) a day since Thursday [last week].”

If Kenya doubted it was tied in to the global economy, it knows now.

The flower industry, which accounts for 20% of all exports in the East African country, has been particularly badly affected. The head of the Kenya Flower Council, Jane Ngige, said the sector was losing around $2-million each day.

Rani Patel runs Subati Flowers, a flower farm near Nakuru in the Rift Valley. Many of his clients are in Russia. But because he has to ship 80 000 stems a day to Amsterdam, most of which is then trucked to Moscow, “we’ve lost a lot of sales”, he says.

“Normally we would ship four to five tonnes a day, but we’re destroying all the flowers now. We’re putting stuff in cold storage, which is not our normal practice, but we can only do that for one or two days. Then it rots.”

As of Wednesday, flights were allowed into Britain after new European guidelines greatly reduced the size of the no-fly zone. However, production in Kenya was still not back to normal.

“There was no work for four days, but today we started working again,” said Rogers Akeluliche, a packer at one fruit and vegetable factory near the airport. “But not seriously.”

The UK’s Civil Aviation Authority said that it had been convinced, after assurances from engine and aircraft manufacturers, that safety would not be compromised if flights were allowed to pass through areas with some ash pollution.

But even if flights do resume as normal, Kenya’s horticultural industry will be smarting for some time to come.

“It is very hard for us to plan because we need to know one day before a shipment if we need to harvest, as it needs to be cut, boxed and cooled,” says Shah. “Even if there is a 50% chance of flying, we will harvest. They are our products. We have to process them.”

Ahmed Divela was one of Ghana’s most fearless investigative journalists. This edited excerpt about his killing is from Faces of Assassination
Read more
Advertising
Continue to the category
Education