Making sure no child offender is left behind 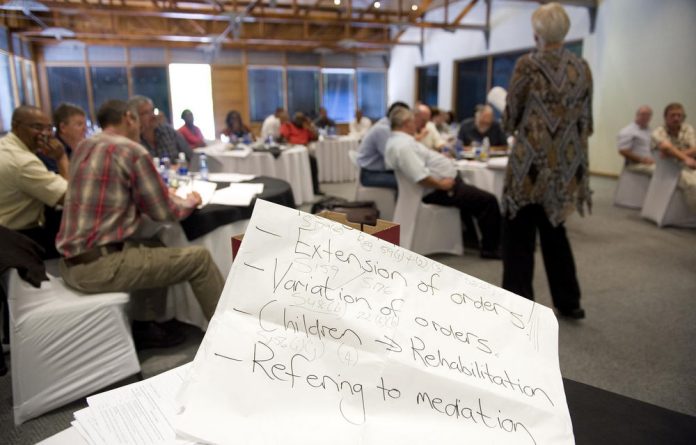 South Africa has finally fallen in line with the trend of most other countries, including several in Africa, which, for many years, have had separate laws dealing with child offenders.

“The Child Justice Act is new. In South African law we have never previously had a separate law that sets out how to deal with child offenders,” said Ann Skelton, director of the Centre for Child Law at the University of Pretoria and an authority on the subject.

“We have previously had to make do with the Criminal Procedure Act, which is the general criminal justice system for all offenders.”

The Child Justice Act has established a criminal justice system for minors that expands on and entrenches the principles of restorative justice in the criminal justice system, Skelton said. It ensures children’s responsibility and accountability for crimes they have committed. Skelton applauded the Act for placing an increased emphasis on the effective rehabilitation and reintegration of children to minimise the risk of them reoffending.

Lorenzo Wakefield, a researcher at the Children’s Rights Project at the Community Law Centre at the University of the Western Cape, believes it is unfortunate that the first test case for the Child Justice Act, involving the 15-year-old boy arrested for the murder of Eugene Terre’Blanche, should be a case so fraught with politics.

His concern is that the Act might come across as being “soft” on a child in conflict with the law, as its objectives are focused on rehabilitation and the reintegration of the child into the community. However, he points out that the Child Justice Act offers many different sentencing options, ranging from community-based sentences to a maximum sentence of 25 years in prison.

Around the country magistrates, prosecutors and court clerks are reporting for training in the Child Justice Act. While nobody disputes that it would have been preferable to have concluded the training before the Act was implemented, all seem relieved it is in force.

Western Cape justice department head Hishaam Mohamed said magistrates had reported in clusters for training at the Lanzerac Hotel last week. “We have a lot of intellectual capacity in the Western Cape,” he said. “The people who contributed quite substantially to the crafting of this legislation have been giving up their time for free to help with training.”

The National Justice Department has budgeted for the implementation of the Act. “We were able to appoint additional clerks, magistrates and other court assistants, who have been placed at the major centres and in rural areas,” said Mohamed. “We have started the training, in both the regulations and the procedures of the Act, which will continue right through May.”

Among others, the Child Justice Act provides that:

Skelton is satisfied that the Act will benefit children, primarily by paying specific attention to each child as an individual. The Act does not provide a “one-size-fits-all” solution, she said, but carefully calibrates its response to child offenders by considering the specific issues arising in each case.

Important questions will be asked at a preliminary inquiry, such as whether the matter is a minor offence or a serious one; is it a first-time brush with the law or is it part of a pattern of troublesome behaviour; is this child living in a family and, if so, is the family caring adequately for the child or is he or she being neglected?

An overriding principle of sentencing, which is also contained in the country’s Constitution, is that imprisonment should be used as a measure of last resort, said Skelton, and, if it is used, it should be for the shortest appropriate period.