One man’s art is another man’s dirt 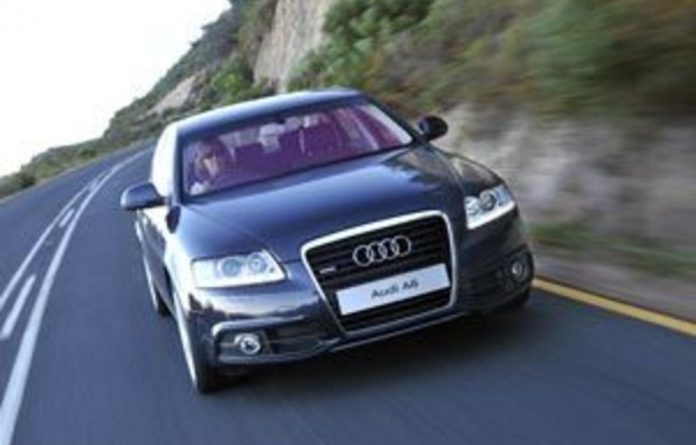 “One man’s dirt is another man’s art.”

That’s what a friend said sagely to me a long time ago after an embarrassing incident at a gallery where she mentioned how badly kept the gallery was after noticing a small mound of dirt hidden behind a broom in a musty corner only to be told by a condescending connoisseur that the “dirt” was an installation representing modern moral decay.

Understandably she kept her opinions to herself after that episode.

All I know about art is that it’s deeply personal and despite what experts say I’m pretty sure your interpretation can never be wrong.

Beauty can present itself in strange forms and when I found myself entranced by the rear lights of the Audi A6 I’m currently test-driving I realised that a thing of beauty could indeed be a joy forever because I never tire of staring at those intricately designed rear lights.

Audi has taken bold design decisions of late and these decisions are mostly paying off. Although Audi suits would argue that every Audi is designed to be a masterpiece I think the marque broke through its self-inflicted staid mould with the superlative R8 sports car a few years ago.

From then on Audi has been spending a great deal of time on the finer points so though you might look at an Audi A6 and not be overwhelmed by its overall appearance, the mastery is in details such as those mesmerising tail lights, the daytime LED light strip under the headlights, the angular sharpness of the alloys and so much more.

The previous A6 was, well, how to put this politely, it was fugly. Bulbous rear end, boring personality and more functional than aesthetic.

The new A6, however, feels like the antithesis of the old one — it’s almost as though the designers were told to create a car that was the complete opposite of the model it was replacing.

So although this is a mid-range luxury sedan destined to be driven by suits with large car allowances, it feels as though it was designed to be much more than the stick-in-the-mud it once was. And I know this to be almost a certainty because even BMW drivers are noticing Audis these days.

While it is a generalisation and we try to steer clear of those, it is nonetheless one that’s based on a truism, that if you come across a BMW owner he/she will never accede to the fact that other vehicle manufacturers make decent cars. In their eyes, it’s BMW or nothing and that’s pretty sad because they have no idea how much they’re missing out on.

So when I came across not just a BMW fan, but also a senior employee of the marque who admitted that Audi was the manufacturer that BMW is most worried about, I was a little taken aback.

He went on to point out that Audi was gaining market share across the globe and was, in his words, “kicking BMW’s butt in Europe”.
With BMW’s concerns in mind I settled into the leathery snugness of the Audi A6 and immediately felt that I was in a for a treat.

When motoring journalists do a road test of a car, they usually drive that car for about a week, doing a mix of city driving as well as some long-distance driving, but seven days isn’t really a long time to get to know a car and to give it a proper run for its money.

And it’s for this reason that manufacturers are sometimes brave enough to hand a test car over to journalists for the extended test period of six months.

So with a trifling 2 022km on the odometre a 3.0-litre supercharged Tiptronic Audi A6 found itself waiting in my driveway to be put to the test.

The first impression the A6 creates is one of understated class. The exterior design isn’t going to polarise opinion because it’s tasteful and befitting an executive sedan, and the interior is as plush as they come. For quite a few years Audi has been leading the way with perfectly fitted interiors and it was hard to find fault with the A6’s interior design.

Space is generous enough for five adults and the cavernous boot will easily swallow up two sets of golf clubs.

The petrol engine in this car develops 213kW of power and 420Nm of torque and what that translates into for non-petrolheads is that all you have to do is feather the accelerator and you’re off the line as quickly as a tenderpreneur with connections in the youth league. Thankfully, this model comes with Audi’s Quattro all-wheel-drive system to keep you firmly on the road when you get a little carried away with the endorphin-releasing acceleration.

The problem with this sort of near-blistering performance, though, is that it’s going to result in me forking out a fair amount of moollah on petrol because performance like this always comes at a price.

Features on the A6 include a rear-mounted park-assist camera, electric seats, eight airbags, a multifunction steering wheel, xenon lights and, most importantly, a sound system that actually works.

The radio/CD player impressed the socks off a music journalist friend who was not only amazed by the sound quality and the fact that you could play practically any music format in the A6, he was also most blown away by the display in the central console, which much like an iPod shows you the album title, track title and so on.

At R595 000 the Audi A6 gives you pretty much everything you need from perfectly balanced exhilaration to the sort of sumptuous confines that all middle managers secretly crave, which is probably why our down-to-earth new finance minister — Pravin Gordhan — has chosen an A6 whereas his colleagues spend twice as much on cars that aren’t always as practical or as fun as the A6.