The the Brink of fame 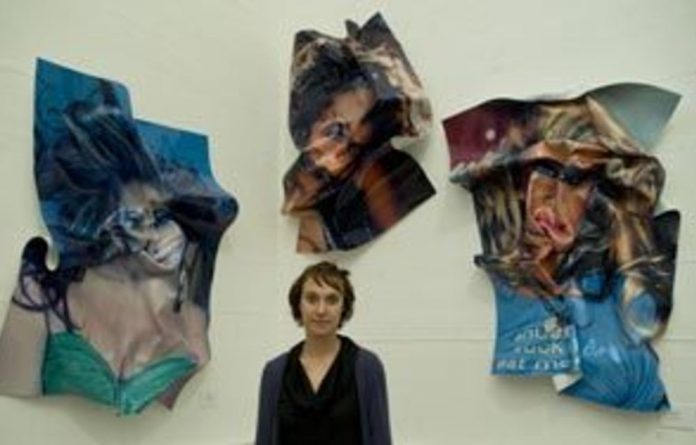 When the Johannesburg Art Gallery issued a press release two weeks ago for William Kentridge’s latest exhibition, America Made in China, its telephones began to ring.

“This looks so interesting,” journalists would tell the museum’s publicity team, referring to the crumpled face of Pamela Anderson that appeared on the invitation. To many the work marked a significant detour from the artist’s better-known works in charcoal, collage, animation and, more recently, opera. There was a definite need to “know more”.

“More”, to their dismay, revealed that the William Kentridge of American Made in China has not just returned from a successful premiere of his take on Dmitri Shostakovich’s opera, The Nose, at the Metropolitan Opera in New York, neither has he produced, with Gerhard Marx, the giant public sculpture Firewalker in central Johannesburg. He is not even a “he”. This William Kentridge was, until 2008, a female artist in her 20s, fresh out of art school and named Roelien Brink.

In her final year at the Wits School of the Arts in 2007, Brink began the arduous process of legally changing her name to William Kentridge. Her intention was to poke fun at how cultural cachet comes to be associated, often indiscriminately, with an artist’s name, in much the same way that certain characteristics of a consumable product come to be associated with that product’s brand.

As the Johannesburg Art Gallery’s inquiries from the South African press demonstrated, brand Kentridge, even when it is attached to a Melted Celebrity Face, tells us that whatever we are looking at, it’s a big deal.

At the opening of America Made in China, Kentridge the second capitalised on her incidental celebrity status by turning the event literally into a red-carpet affair. Guests were welcomed with flutes of Pongrácz and ushered into the historic Phillips Gallery, the oldest and most prestigious exhibition hall at the gallery, along metres of red carpet. For the first time in years visitors could enter through the old entrance. An extravagant neoclassical façade, designed in 1910 by Edwin Lutyens, this is flanked for the duration of America Made in China by two crashed cars with enormous portraits of Britney Spears, Marilyn Monroe and Pamela Anderson billowing out of the mangled windows.

Once inside, the exhibition itself offers very little to think about or even look at. Kentridge’s Melted Celebrity Face series is really the conceptual and visual anchor of the exhibition, which does not say much. These works are portraits of American celebrities gleaned from magazines, printed on to plastic sheeting and then melted until some of them are barely recognisable. A text on a facing wall tells us that they are based on a behavioural trait noticed in elephants in North West province. These elephants are known to trample and crumple steel signs that are erected in their territory and, by analogy, Kentridge is destroying images that invade her visual territory.

Other works on the show include a video installation titled Make Up, which shows Kentridge plastering her face with a range of different coloured foundations. The artist performed this work live at the opening. Alongside Make Up is a tryptych of prints of Michael Jackson based on Andy Warhol’s diamond-dust portraits of Joseph Beuys. Titled Doesn’t Matter if You’re Black or White, this set of pictures, with the bottled masks in Make Up, reiterate the connection between changed identity and fame, which is also evident in the artist’s name change.

America Made in China is not rocket science, but my impression is that Kentridge, who actually still answers her phone as Roelien, is out to have a bit of fun — not to deliver a revolutionary critical gesture. Fame just happens to come with the package.