‘Glimmer’ of hope for Aids vaccine 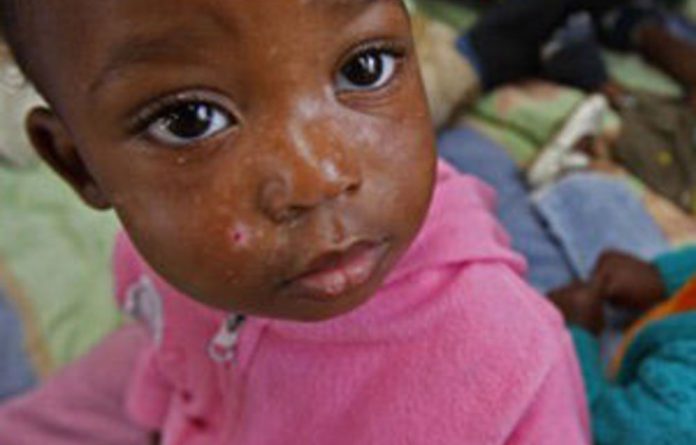 A leader in the search for a vaccine against HIV, which causes Aids, said on Friday that recent advances have given scientists new reason for hope.

Dr Alan Bernstein, executive director of the Global HIV Vaccine Enterprise, cited the world’s first successful test of an experimental Aids vaccine. In September, researchers said the vaccine protected one in three people from getting HIV in a large study in Thailand.

Bernstein also pointed to recent progress in determining whether people with HIV produce antibodies that could lead to a vaccine guarding against a variety of forms of HIV. He also said there is progress in mapping the many variations of what he called a “clever virus” that has so far eluded vaccine efforts because it kills some of the key cells needed to make a vaccine.

“This is a very exciting time in the field,” Bernstein said. “A vaccine is possible, and we have the scientific tools now to turn that possibility into a reality.”

Though he said the research effort has turned a corner after several setbacks, he cautioned a vaccine was still several years away.

Others are far less optimistic.

‘Glimmer’ of hope
“I wish I could say I was. But I’m not,” said Salim Karim, director of the Centre for the Aids Programme of Research in South Africa.

“It’s proving to be a challenge that’s more complex than previously thought,” he said, adding he has spent 15 years researching a vaccine, and expected success to take at least another 15.

Karim called the Thai study a “glimmer.” Scientists must now try to improve the vaccine so that it protects more than a third of the people who get it, and lasts for more than the six to 12 months it now appears to be effective.

Questions have been raised about whether an HIV vaccine was possible, and even whether it made sense to devote time and energy to the pursuit. Bernstein said a comprehensive approach, that includes finding a vaccine, must be taken against Aids.

As head of an international group of major vaccine researchers and funders, Bernstein was in South Africa to discuss strategy with United Nations health and Aids officials.

South Africa, a country of about 50-million, has an estimated 5,7-million people infected with HIV, more than in any other country.

‘Most effective public health measure’
In an announcement that marked a dramatic shift from the past, South African President Jacob Zuma pledged on World Aids Day last year to embark on earlier and expanded treatment for HIV-positive South Africans. The programme was to be formally launched this weekend.

Bernstein said a vaccine would be particularly important for Africa, where prevention and treatment campaigns have proven costly. A vaccine, unlike an expensive lifetime regime of Aids drugs, would be administered every few years.

A vaccine “is the most effective public health measure we’ve come up with”, Bernstein said.

The International Aids Vaccine Initiative, which focuses on research into vaccines against strains of HIV that are prevalent in the developing world, says a vaccine must be part of a comprehensive solution. It says “no major viral epidemic has ever been defeated without a vaccine”.

According to a new report summarising findings presented at a 2009 conference of vaccine researchers, the vaccine hunt is “steadily moving ahead,” though HIV presents tough challenges.

The report in the May issue of the Lancet Infectious Diseases journal says that the massive, international effort to find an Aids vaccine has had important side effects, providing information for the development of other vaccines and treatment for other diseases. – Sapa-AP