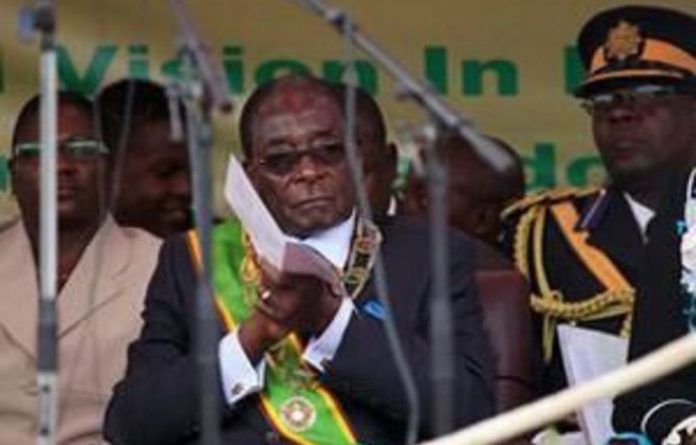 Mahmoud Ahmadinejad, the president of Iran, discovered the split personality of Zimbabwe’s government when he visited the country last week.

There was a warm welcome at Harare airport from the president, Robert Mugabe, who hosted a state dinner in his honour and assured the “comrade president” of Zimbabwe’s continuous support of Iran’s “just cause” on the nuclear issue.

But the prime minister, Morgan Tsvangirai, was less hospitable. His party, the Movement for Democratic Change, described the trip as “a colossal political scandal” and said that inviting Ahmadinejad to an investment forum is “like inviting a mosquito to cure malaria”. The mixed signals underlined the perils inherent in the concept of a “unity” government, a growing trend in Africa.

Power sharing can often become a power struggle by other means. A peace deal in Kenya was salvaged from the ashes of post-election violence in 2008. But divisions run deep in the fractious coalition, with the president, Mwai Kibaki and prime minister Raila Odinga often pulling in opposite directions and threatening a constitutional crisis.

The protagonists in Madagascar’s political deadlock have agreed to talks in South Africa this week, with international mediators pushing for another inclusive solution. Opposition politicians joined a unity government in Côte d’Ivoire earlier this year after the previous one was sacked. But the country remains in stalemate ahead of long-awaited elections.

‘Half-donkey, half-horse’
Zimbabwe’s grandly named “global political agreement”, signed after disputed elections in 2008, is probably the most notorious example, described by one report as trench warfare every day. Ministers from Mugabe’s Zanu-PF and Tsvangirai’s MDC regularly issue contradictory statements, most recently on the introduction of a controversial indigenisation law stipulating that every company must have at least 51% of its shares owned by black Zimbabweans.

“Something has to give. It’s untenable,” said Nelson Chamisa, a government minister and MDC spokesperson. “You have a half-donkey, half-horse arrangement. The nature of the beast is something that is a puzzle, even for the people who brought it into being.”

Along with their practical inefficiencies, unity governments are accused of defying the democratic will. If two sets of politicians are in power there is no longer an opposition to hold them accountable and the electorate has lost its right to choose. But for pragmatists they appear to be the imperfect answer to a deeply imperfect situation. Blessing-Miles Tendi, a Zimbabwean academic at Oxford University, noted in an interview that unity governments shelve rather than solve problems but added: “It’s easy for you and me and many others to sit there, deliberate and criticise power sharing but there’s a big elephant in the room: had there been no power sharing in Zimbabwe and Kenya, flawed as it is, what other option did we have?” – guardian.co.uk