McBride was speeding before he crashed, court told 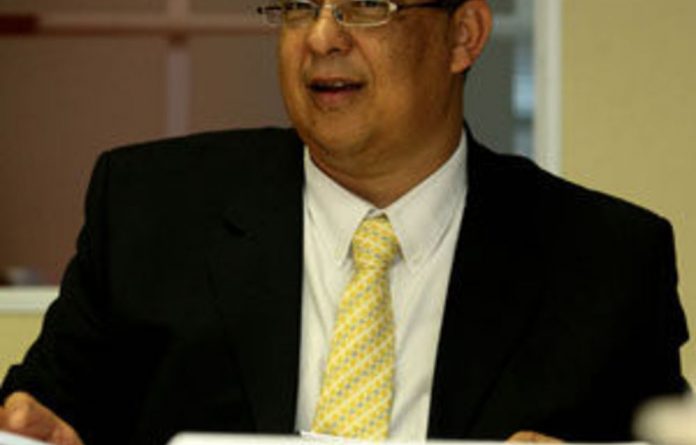 Eyewitness William Engelbrecht testified that McBride was travelling at between 110km/h and 120km/h in an 80km/h zone when he (McBride) overtook him on the R511 near Hartbeespoort Dam in December 2006.

Engelbrecht told the court McBride was injured and still inside the crashed car when he arrived at the crash scene.

He and a woman on the scene helped McBride out through a passenger window, placing him on gravel at the side of the road, before handing him a cellphone.

He testified that McBride smelled of alcohol, could not stand on his own and slurred his words.

McBride has claimed that, at the time of the crash, he was on his way to see Democratic Alliance councillor William Darvis, who was having a crisis.

However, Darvis told the court earlier that he had not had an appointment with McBride.

Medical certificates
In other testimony on Monday, an EMPD officer told the court how a senior metro police officer, who was a friend of McBride, asked him to obtain a medical certificate for McBride without an examination.

Maxwell Mjamba, who was an EMPD superintendent at the time, said he was ordered to go to any medical doctor he knew to get the certificate stating that McBride was not drunk when he crashed.

He said McBride needed the certificate for a meeting with former Ekurhuleni mayor Duma Nkosi.

Mjamba’s evidence followed that of three doctors, Dr Yoyombu Tangui Mbange, Dr Allan Soundy, and Dr Kamal Doorgaeershad. They told the court they were approached to issue a medical certificate by different people, almost a month after the accident, and without having examined McBride.

They refused to issue the certificate and referred McBride to the doctor who had examined him shortly after the accident.

The matter was postponed to Wednesday, when the doctor who examined McBride shortly after the accident is expected to give evidence. — Sapa