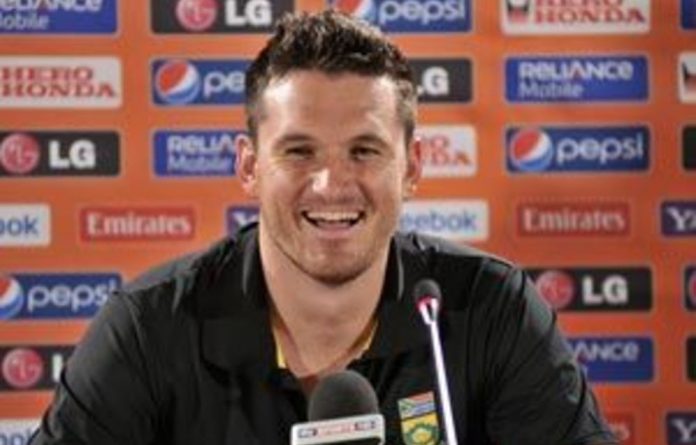 It hasn’t happened too often, but South Africa will go into the World Twenty20 in the West Indies without being burdened by the unrealistic expectations of their supporters.

If anything, Graeme Smith’s team will be underdogs as they make yet another attempt to win an International Cricket Council
(ICC) global event.

South Africa have an interim coach in Corrie van Zyl, a captain recovering from injury and a squad whose players was largely anonymous during the Indian Premier League (IPL).

They will also be without left-arm fast bowler Wayne Parnell, the discovery of the 2009 World T20 in England, who had to return from India without playing a game because of a groin injury.

With the exception of fast bowler Dale Steyn and all-rounders Jacques Kallis and Albie Morkel, South Africa’s leading bowlers spent most of their time in India on the sidelines.

With spin likely to be an important factor in the Caribbean, Smith admitted it was disappointing that left-armer Roelof van der Merwe played in only one game and off-spinner Johan Botha did not get on the field.

The only South African batsman to perform consistently throughout the IPL was Kallis, who was a prolific scorer as an opening batsman for the Royal Challengers Bangalore.

Smith suffered a broken finger while fielding in the early stages of the IPL and only picked up a bat again on April 14.

Ten of the South African squad departed for the West Indies from Johannesburg on Saturday while five — Kallis, Steyn, Albie Morkel, JP Duminy and Herschelle Gibbs — were due to join their teammates after the conclusion of the IPL.

“We’ve only got five or six days to get ourselves ready for the tournament,” Smith said. “It’s not ideal to go a World Cup with this kind of preparation. We’ve just got to knuckle down.”

South Africa will not be alone, however, in having to rush their preparation, with the tournament starting just five days after the IPL final.

Going into World T20 with reduced expectations may work in South Africa’s favour as they have a history of falling short in ICC events.

South Africa have been beaten semifinalists in seven ICC events going back to the 1992 World Cup, but reached only one final, winning the inaugural Champions Trophy, then known as the ICC Knockout, in 1998.

The Proteas powered into the semifinals of the 2009 World T20 in England before losing to a Shahid Afridi-inspired Pakistan, who went on to win the final.

South Africa’s failure to reach the knockout stage of the ICC Champions Trophy on home soil later in 2009 contributed to the decision to fire coach Mickey Arthur.

Despite the upheavals, South Africa have the potential to be competitive in the West Indies, where they will play group matches against India in St Lucia and newcomers Afghanistan in Barbados.

A headache will be to decide which two of Smith, Kallis, Bosman and Gibbs should open the batting.

Another decision will be whether to play both spinners, Van der Merwe and Botha. They worked well in tandem in England in 2009, but were successfully targeted by opponents during the Champions Trophy in South Africa.

Steyn and Morne Morkel provide genuine pace, while Charl Langeveldt has proved himself as a miserly ‘death’ bowler.

An athletic fielding side, South Africa may just relish their underdog status. — Sapa-AFP