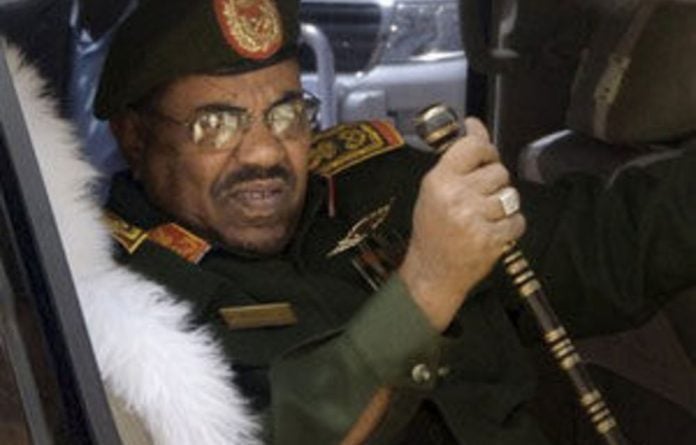 Sudanese President Omar al-Bashir, who is wanted by the International Criminal Court for war crimes, was headed for a near-certain win on Monday in landmark polls that observers said failed to reach world standards.

The results of the presidential elections — for the national presidency and for leadership of the semi-autonomous south — were due to be announced at 3pm local time, Abdallah Ahmed Abdallah, vice-chairperson of the National Election Commission (NEC), said.

A victory for al-Bashir has been guaranteed by the withdrawal of his two key challengers in the presidential race: Yasser Arman, a secular Muslim representing the former rebel southern Sudan People’s Liberation Movement, and Sadiq al-Mahdi, head of the heavyweight Umma party, whose government was overthrown by al-Bashir in a 1989 military coup.

The withdrawals of Arman and al-Mahdi were announced after the ballot papers were printed, controversially in a state printing press. Southerners voted overwhelmingly for Arman, despite his boycott, according to partial results.

Southern Sudanese also voted for the leader of their semi-autonomous government in a vote that is expected to see incumbent Salva Kiir retain his control of the impoverished south until a 2011 referendum on independence.

Al-Bashir has been hoping that a landslide victory in the landmark elections would discredit an arrest warrant issued against him by the International Criminal Court in March 2009 for alleged war crimes in the western region of Darfur.

Civil war
Darfur, an arid region the size of France, has been gripped by a civil war since 2003 when ethnic rebels rose up against the Khartoum government complaining of marginalisation.

A senior aide to al-Bashir, Nafie Ali Nafie, said a victory for al-Bashir would prove that allegations against him are “false.”

“The re-election of al-Bashir would show beyond doubt that people are refusing these false accusations, they are undermining it, they are not respecting it, particularly Darfurians,” Nafie told a group of reporters in Khartoum.

The country’s first multiparty elections since 1986 — where Sudanese were voting for their president, legislative and local representatives — was marred by the opposition boycott, accusations of fraud and logistical delays which complicated the voting process and the announcement of results.

International observers from the European Union and the Carter Centre — headed by former US President Jimmy Carter — said after the five-day vote ended on April 15 that the election had failed to reach international standards.

EU observers said the south particularly saw “a less controlled environment leading to more confusion, clashes and intimidation”. South Sudan is scheduled to hold a referendum in January 2011 on whether it wants to break away from the north or remain part of a united Sudan. — Sapa-AFP