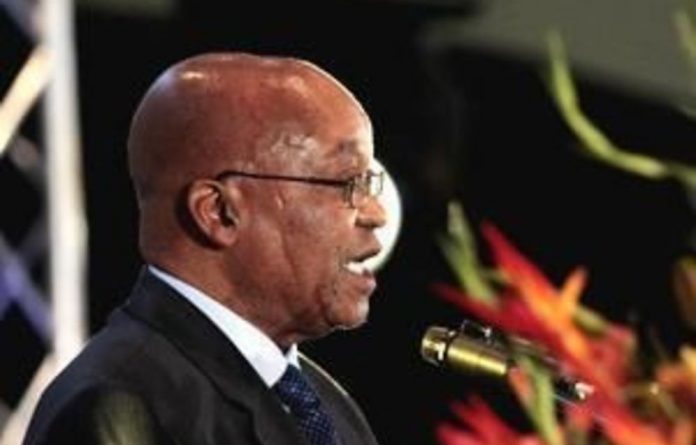 The Democratic Alliance (DA) is calling on President Jacob Zuma to apologise for his transgression in failing to declare his interests on time.

“Any violation of the law is no trifling matter and it goes without saying that the Executive Members Ethics Act goes to the heart of good governance, indeed, to what constitutes ethical behaviour and what does not,” the parliamentary leader of the DA, Athol Trollip, said on Monday. “If ever there was a case to be made that an example needs to be made and a precedent set, it is the president’s transgression of that Act.

Trollip said that when the allegation that the president had failed to declare his interests in terms of the law first surfaced, the Presidency obfuscated in response, saying: “As head of state and government, the president is most mindful of government’s commitment to transparent governance and accountability, to which principles he remains committed in leading government.”

Said Trollip: “Now that the Public Protector has found that allegation to be fact, the president needs to accept responsibility and apologise for his transgression.”

‘A remarkable figure’
He said that such an apology would achieve two things: on the one hand, it would do much to bolster the failing reputation of accountability in South African politics, which is so often paid lip service to but rarely enforced in any meaningful way; on the other hand, it is the right thing to do, to acknowledge guilt and accept responsibility.

“Further, the Public Protector’s report reveals that a total of 24 Cabinet ministers and their deputies failed to comply with the same stipulated deadline,” the DA said.

“This constitutes almost 40% of members of the executive – a frankly remarkable figure, which says a great deal about this administration’s real views on transparency and accountability.

“Again, it is now up to the ANC’s leadership to draw a line in the sand, say unequivocally that this is unacceptable, and make it clear that there will be consequences. — I-Net Bridge