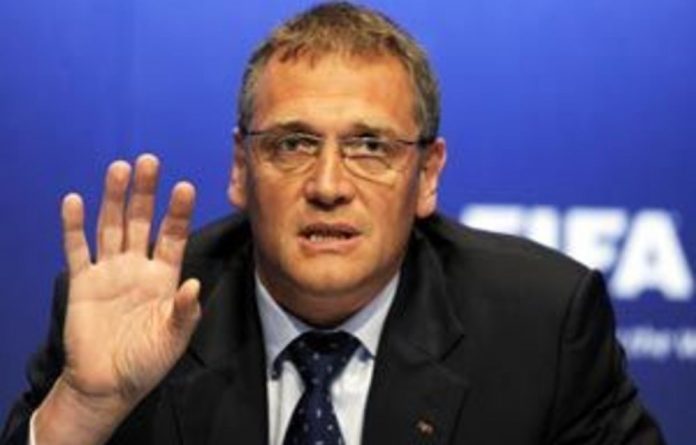 There will not be any empty seats at this year’s Soccer World Cup in South Africa after a recent surge in ticket sales helped sell out about 40 matches, Fifa said on Tuesday.

“There will not be any empty seats in the stadiums. That was a commitment we made from day one,” Fifa general secretary Jerome Valcke told Reuters. “I am now much more optimistic than three weeks ago.”

World soccer’s ruling body has admitted it’s largely internet-based system of ticket sales for the tournament starting on June 11 may have proved less than efficient.

Over-the-counter sales in South Africa began some 10 days ago, igniting real Soccer World Cup fever in the country for the first time, and there was chaos as thousands of fans rushed to buy and the computer system crashed.

“People are waking up very late but we are very happy with the result and all of the people involved are very confident,” Valcke said, speaking on the sidelines of an international sports conference in the United Arab Emirates.

He said some 130 000 tickets were still unsold in the fifth and final stage of the process but about 40 of the 64 matches were now sold out.

“With about 45 days before the World Cup, we have more or less 40 matches sold out already, up from 29 only a short time ago,” he said.

Fifa initially made tickets available only on the internet and was criticised for misunderstanding South African culture where the poor black South Africans, who are soccer’s biggest supporters, do not have access to computers or bank accounts.

Sales to some European countries, including Germany, have also been sluggish compared to past World Cups, due to high travel costs and security concerns among ordinary fans. — Reuters