You can end corruption in SA, Zille tells voters 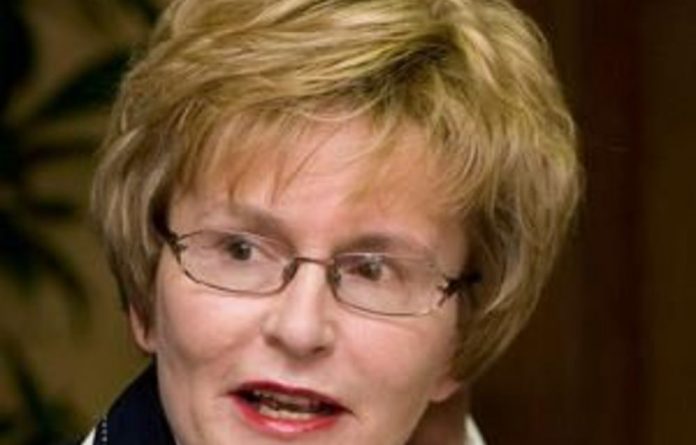 South African voters have the power to stand up against corrupt government officials who abuse their positions of power, Democratic Alliance leader Helen Zille said on Tuesday.

“When people in South Africa today see all the corruption and power abuse and lack of delivery, they get angry and feel powerless,” Zille said during her Freedom Day speech at the Constitutional Court.

“When this happens, we must remember April 27 1994, and remember that we are not powerless.

“If we don’t use our vote to change the people in power, there will be more and more abuse, and more and more corruption, and we will become a criminal state.”

Zille criticised the African National Congress and President Jacob Zuma, saying they were not made accountable for their actions.

“He [Zuma] has undermined the Constitution to make sure he does not have to go to court and answer to over 700 counts of corruption against him,” Zille said.

“He abuses power to protect his friends, like Schabir Shaik, from the law, while persecuting his political opponents.

“He supports a system in which the ANC uses the people’s money to make themselves rich, that is what is happening at Eskom.

“When you pay your increased electricity tariffs, it will be a reminder of what the ANC’s corruption is costing you.”

Using the demise of democracy in Zimbabwe as an example, Zille urged South Africans to use their vote to “get rid of a government that undermines the Constitution”.

“Let us remember this lesson on this Freedom Day: in a democracy, people get the government they deserve. We certainly deserve better than the ANC,” Zille said.

Apartheid laws
Meanwhile, apartheid laws, like the Group Areas Act, may have disappeared from the statute books but their effects lingered, Zuma said on Tuesday.

“Our people still have to daily confront the impact of the law,” Zuma said in Pretoria.

Addressing thousands of people gathered at the Union Buildings for Freedom Day celebrations, he said the Act — which marked the institutionalising of racial partitioning of cities and towns — was still in existence 20 years after it was repealed.

“Many still live in areas once designated for black people … away from economic opportunities and civic services,” he said.

“Freedom imposes on us a responsibility to work together in the process of changing such conditions.”

Zuma highlighted that the cost of transport alone took a heavy toll on the lives of the poor.

This was one example among many others which Zuma said needed to be addressed to ensure that people “enjoy[ed] the fruits of freedom” . — Sapa