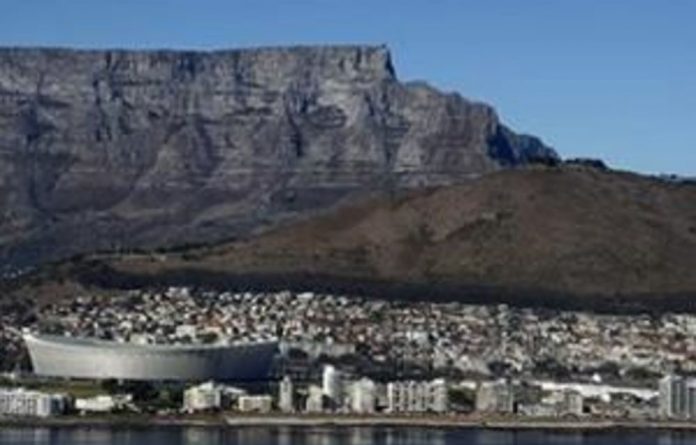 Fifa president Sepp Blatter and former president Thabo Mbeki intervened to have a new 2010 stadium built in Cape Town ­– a likely white elephant that was R3-billion more expensive than the two alternatives.

Green Point stadium, now renamed Cape Town stadium, cost R4,5-billion to build, compared with an estimated R1,1-billion to revamp the Newlands stadium or R1,7-billion to extend the Athlone stadium, according to Player and Referee: Conflicting Interests and the 2010 Fifa World Cup, published by the Institute of Security Studies this week.

In South Africa’s 2010 bid document Newlands was proposed as the Cape Town match venue, which Fifa initially accepted. Athlone, on the economically depressed Cape Flats, was the choice of city and provincial officials, as they believed it would have the most developmental impact.

But Green Point won, because it was in the interests of Fifa and the local organising committee to have access to “state-of-the-art stadiums in the ‘best’ locations to draw the maximum number of visitors and viewers”.

Fifa makes most of its revenue from the sale of television rights. The organising committee, Fifa’s local implementing agent, derives its revenue largely from ticket sales.

The Cape Town chapter of the institute’s study reveals that:

In studies Zille commissioned on different stadium options Green Point was rated the most expensive and socioeconomically least desirable, but the only option which would earn Cape Town a semifinal.

She folded, reportedly saying: “Whether a threat or not, the provincial and national governments have said that we must host a semifinal or we lose 2010 [altogether].”

Green Point will host eight World Cup matches, including the promised semifinal. Athlone or Newlands would have hosted five to seven matches. This, the institute’s study says, brings the cost of one to three matches to about R3-billion, the amount Green Point has cost over revamping Athlone or Newlands.

The investment might have been worth it if Green Point Stadium left a lasting positive legacy. But city and provincial studies have highlighted the stadium’s questionable viability. Unless the Western Province Rugby Football Union moves its matches there, the new stadium will run at a loss.

But the rugby union does not want to, as it owns Newlands, which would be left redundant.

The institute’s study quotes a city official as conceding that structural maintenance costs remain ­unbudgeted for and could have a major impact on rates.

And it quotes former provincial sport and recreation head Rod Solomons saying: “Let me make a prediction — That thing is going to be a white elephant because Newlands rugby is not going to move there and soccer unfortunately is never going to attract games where that stadium is going to be full.”

The study also reveals that:

The committee and Fifa do not contribute to the cost of stadium construction.

Find the full report at the ISS Corruption & Governance Programme website www.ipocafrica.org or the Cape Town chapter at www.amabhungane.co.za