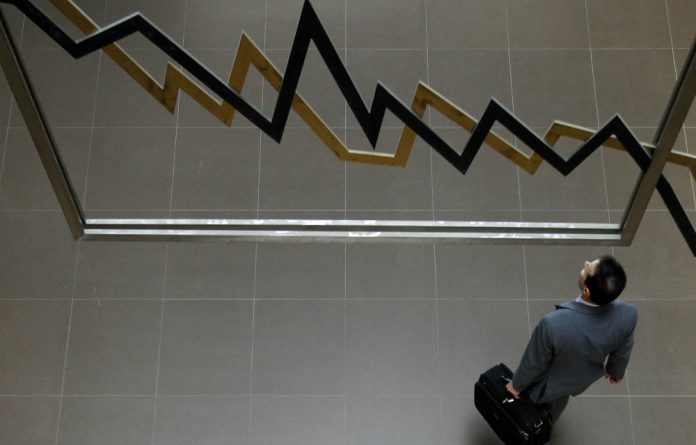 Rescuing the Greek economy could require a €150-billion (R1,47-trillion) bailout over the next three years, according to Goldman Sachs, but this would be politically impossible for European leaders to swallow.

The assessment coincides with a Standard & Poor’s credit downgrading for Greece, Portugal and Spain this week, with Greece being reduced to junk status.

The threat of a debt default by Greece and of a contagious meltdown has raised fears about the future of the eurozone and sent ripples through emerging markets this week.

In a note to clients Goldman’s chief European economist, Erik Nielsen, said that the €45-billion bailout currently on the table is insufficient to cover Greece’s borrowing needs.

After the recent surge in Greek borrowing costs, Nielsen believes International Monetary Fund officials are now leaning towards a fully funded rescue package that will keep Greece from having to tap the money markets until its economic health has improved.

“On my numbers, a one-year fully funded programme needs to provide a minimum €50-billion to €55-billion, an 18-month programme will require some €75billion and a three-year programme a minimum of €150-billion. I think the latter number is out of reach, even for the present political environment of generosity,” wrote Nielsen.

“I suspect that some haggling is now going on between the IMF and the eurozone on the burden sharing of a bigger programme, but I rather doubt that the Europeans can do more than the already announced €30-billion for the first year.”

On Monday there was a surge in the yields charged on Greek government debt, an indication that the financial community is anticipating a debt default. Some analysts argue that investors who hold Greece’s bonds should share in the pain, through a significant reduction, or “haircut”, in the amount they recover from the Greek government.

Nielsen believes restructuring is inevitable even if a fully funded bailout can be arranged for Greece, which has a national debt of €300billion.

Talks between officials from the IMF and European Union are ongoing.

Greece must arrange a rescue package quickly as it needs to raise €8.5billion to repay bonds that mature on May 19. But there are concerns that Germany may be unwilling to back the bailout unless Greece agrees to deep cuts in public spending and structural changes in its economy.

“As things are now, for me it is rather a ‘No’ to aid,” Koppelin said. He argued it would be better for Greece to leave the eurozone temporarily and rely on its own devalued currency to build exports and repair its finances.

Merkel insisted that Greece would need to commit to a tougher and longer austerity package in the form of a three-year IMF programme before Germany spent billions on an EU rescue package. This came four days after Greece requested a €45-billion safety net from 15 EU countries and approached the IMF to ward off the prospect of a sovereign default.

The mixed signals from Berlin saw the financial markets heap further pressure on Greece, with borrowing costs soaring to a record high and driving shares sharply lower in London.

Fears that other “peripheral” European countries, including Ireland, could suffer similar problems also weighed on the market.

Greece’s own top central banker argued that Greece should woo the financial sector by cutting its annual deficit by more than expected.

“To bring about a definitive reversal of the negative trends, we must surpass ourselves and favourably surprise markets, by achieving even greater improvements than the ones projected,” said Bank of Greece governor George Provopoulos.

Greek Prime Minister George Papandreou is imposing an austerity programme to try to cut the annual deficit, as a share of GDP, by four percentage points. Provopoulos said Greece should aim for a five-point reduction in the deficit, which hit 13,6% in the last financial year.

The existing cutbacks are unpopular in Greece, where transport workers held a six-hour strike this week in protest against plans to cut pay, hike taxes and raise the unemployment age.

Analysts say that investors are increasingly fearful that the Greek crisis will spread across the eurozone. —

Finnish and klaar with the euro

How the Greek tragedy unfolded