How Selebi ‘cashed in’ on overseas trips 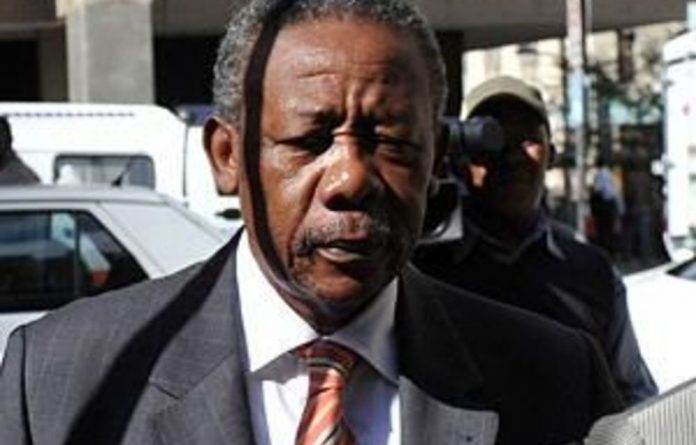 This came after chief prosecutor Gerrie Nel grilled Selebi in the South Gauteng High Court this week over discrepancies between his evidence and bank statements.

Selebi stands trial on charges of corruption and defeating the ends of justice.

Nel presented the court with two examples that he said showed Selebi travelled abroad with far more money than he needed:

Asked by Judge Meyer Joffe why he thought he would need more than R20 000 for the trip, Selebi said the police were represented by 10 people on the trip and three-star hotels would sometimes charge four-star rates.

Nel said Selebi was lying and urged him to “tell the world why you had cash, tell them it’s because you sold US dollars. If I’m right, I think this is called laundering.” Selebi denied this. “I never laundered money. I would never launder.”

KPMG forensic auditor Dean Friedman testified during the state’s case that Selebi’s bank accounts showed his family withdrew as little as R188 in February 2005 to cover household expenses. In January 2005 only R465 was spent from the family’s bank accounts.

Selebi explained this on Wednesday by claiming his family had about R31 000 in cash at the beginning of 2005, comprising R16 000 in foreign currency in his safe, a R10 000 shopping voucher from the Taiwanese embassy and cash received by his wife’s clothing enterprise.

The state’s case is that Selebi had extra cash available from the R100 000 he allegedly received from Agliotti in December 2004. Selebi denies this.

Asked by Nel why he always had such large amounts of foreign currency, Selebi said he was allowed to keep the surplus of his foreign travel subsistence allowances from the SAPS.

When abroad, Selebi testified, he did not spend much on food: he rather ate “slices of bread at my hotel”.

On Wednesday Nel accused Selebi of taking $2500 from Agliotti at OR Tambo after returning from an official trip to Cyprus. Reserve Bank records show he sold $2 500 for about R16 000 on May 28 2005 at OR Tambo, Nel said.

Selebi confirmed this, saying he had attended an Interpol meeting.

“Why did you sell the dollars immediately?” Nel wanted to know. “Because I needed rands,” replied Selebi.

Nel asked Selebi whether he did not regard $2 500 as a lot of money for four days’ subsistence allowance. Selebi said since it was an Interpol meeting, he probably also received money from Interpol “because they paid much higher rates than SAPS”.

Nel then put it to Selebi that the SAPS gave him only €700 for the Cyprus trip and no dollars.

Selebi said he was sure the dollars had come from Interpol.

Nel told Selebi if that was indeed the case, he had committed “double-dipping”, meaning that he had charged both the SAPS and Interpol for his expenses in Cyprus.

Nel argued that Selebi’s exchanging of dollars dovetailed with a timeline showing Agliotti’s attempts to organise a meeting between Selebi and Rautenbach’s lawyer that was eventually held in April 2005.

Agliotti previously testified that he had received $100 000 from Rautenbach to set up a meeting with Selebi.