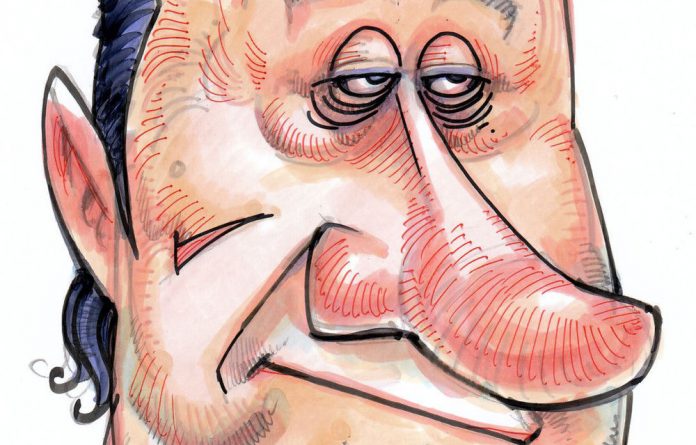 Thank god for Twitter. How else would I have known, immediately on waking up on the morning of May 4, that Mr Teazers, Lolly Jackson, had been, as the Mail & Guardian‘s @chrisroperza so cleverly put it, “popped?” I am not sure whether I needed to know, but in South Africa the owner of a sleazy string of strip clubs had become a celebrity and his horrible death warrants top spot in the news.

And then an alarming trend on Twitter: glowing tributes — from women. This tweet from an ordinary, apparently intelligent female tweeter: “I know he was a sleazy, dodgy businessman, but I quite liked Lolly Jackson. His advertising was great.”

An affectionate eulogy for him, admiration for his advertising, from an intelligent woman? An intelligent, successful woman, who would be horrified not to be treated less than respectfully by any man she encountered as she went about her day? Surely some mistake?

No, this from others, about whose level of intelligence I cannot guess but who are female, nonetheless: “Tallulah” on Times Live: “Rest in Peace, Lolly, we will miss you.” On his Facebook page (2500 friends) the celebration of his life continues. “RIP Lolly, he was a great man”, Shantelle. Then this from Chantal: “Condolences to the family, he was a really great man — we will all miss you dearly — may the angels now enjoy your smiles and kind heart.” Kevitha posted: “A great man, a terrible loss —”

The flood continues, which leaves me — a bit stumped.

Although I do not belong to the group of bloodthirsty creeps who crow over violent death on the grounds that the person “deserved” it, it seems very strange to me, almost perverse, that women should celebrate this life.

Let us not forget that, as well as making his living from young women taking off their clothes and writhing around poles, floors and grubby male laps for the benefit of paying (and baying) customers, he was also recently, as Times Live reports, “hauled before a court where he pleaded guilty to assaulting a former employee”.

“Last month he appeared in the Randburg court on charges of extortion, kidnapping, intimidation and crimen injuria. The case related to a fight with former stripper and Teazers’ dancer 23-year-old Yuliyana Moshorovs’ka and her boyfriend, Michael Kalymnios.”

He also, according to the M&G, “pleaded guilty to a charge of grievous bodily harm for shooting Thandi Maya with a paintball gun ‘containing rubber bullets’ and another of incitement by instructing someone to moer (beat up) Maya, who was punched and kicked in January 2008 at Teazers in Rivonia, Johannesburg.

“He also pleaded guilty to inciting two men, again by saying ‘moer him’, to attack another man at the Rivonia Teazers in June 2007.”

I did not know the guy. And perhaps he was very kind to those near and dear to him (so were Mafia dons, who also donated vast amounts of money to convenient charities, of course), so I cannot judge the people who loved and knew him.

What I don’t understand and who I do judge are the women who admire someone with whom they have no personal relationship, who was so contemptuous, exploitative and disrespectful towards women.

His famous billboards were not amusing enough, in my opinion, to make up for what they stood for: The total objectification of women; making money off women’s bodies — pimping lite, if you like, or more. Who knows what goes on when the dancing stops?

Are naked page-three models harmless? Are scantily clad women used to advertise cars and power drills offensive? To tell you the truth, I thought debate around these subjects had been put in cold storage long ago. Naively I thought we had moved on from actually believing there was a debate.

That women in strip clubs, and naked in tatty newspapers, are objects to be ogled at, and worse, is a fact of life. If any of those women want to take part in those activities of their own free will, of course, it’s up to them. I am sure that there are women stripping out there who do so happily and because they want to. But at the same time, I am certain that the strip clubs of our country are filled with many more vulnerable women who have no other option, or who can do nothing else.

The stripping/men’s club industry is not there to support and empower women. It does not treat women with respect and dignity. It’s there to make as much money out of women’s bodies as every other form of exploitation. And the person who profits from this is not a great man.

You can’t argue that stripping or any of the corrupt, grubby stuff that surrounds it is a force for good.

The violent and lawless actions that repeatedly landed Jackson in court are not the actions of a good man.

And you can’t argue that advertising that offers women up as slabs of meat helps children — in this sexually violent and sexually entitled country of ours — to view themselves, their mothers, daughters or sisters, as individuals to be treated with respect.

And every little negative image of women contributes to a perception of women that is harmful and demeaning.

Call me PC and a prude. Go on.

Perhaps Jackson was not as bad as I think. I’m not an expert on his life, his work or his contribution to society. But the opposite of “sordid and sleazy” is not “great”.

None of the tatty acts that will survive him is the legacy of a “legend” or even a man to feel fond of, or admire. Personal charm and charisma often mask very deep human flaws and, as I don’t believe it is the worst thing in the world to speak ill of the dead (as they don’t really care, being dead, after all), I’ll reiterate my original opinion of Jackson — as politely as I can. He was the opposite of a great man.

Vanessa Raphaely is the editor of Cosmopolitan magazine and blogs on hurricanevanessa.com. Follow her on Twitter here.