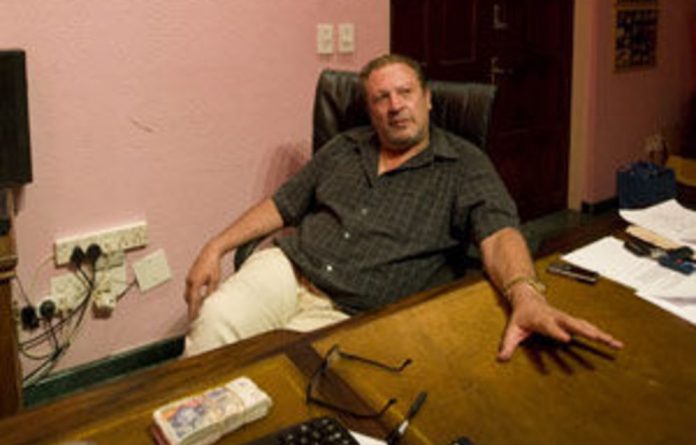 Is it a coincidence that, after two high-profile murders, the individuals involved phoned police commissioners to tell them about it?

We know Glenn Agliotti phoned Jackie Selebi shortly after the shooting of Brett Kebble. By his own admission, Agliotti was aware of plans for the “assisted suicide” of Kebble, whose collapsing financial empire threatened to expose many important people if Kebble ever decided to talk.

And we are told that George Smith, the suspect sought for the killing of Teazers boss Emmanuel “Lolly” Jackson, phoned Gauteng commissioner for crime intelligence Joey Mabasa to tell him he had shot the strip-club boss.

Johannesburg has always been a dirty mining town where the underworld meets the overworld and money flows back and forth between the two — but recently the underworld has been thrust into the daylight with ever-greater frequency.

As we report elsewhere, there are allegations in an affidavit that Jackson was engaged in money-laundering — exporting millions of rands in undeclared cash to his foreign bank accounts, using the Laiki bank of Cyprus and its former chief representative in South Africa, Alekos Panayi.

It appears likely that these illegal banking transactions were well known to a section of Johannesburg’s Greek business establishment but, as Jackson himself recounts in his last interview, the Greek community only complained about him when one of his exotic dancers broke up the marriage of businessman Michael Kalymnios.

Jackson’s money-laundering activities brought him in contact with fugitive Radovan Krejcir, who is wanted in the Czech Republic in connection with alleged fraud involving millions of euros.

Like Vito Palazzolo, who is still wanted in Italy for his mafia associations, Krejcir has been able to use high-priced lawyers to keep requests for his extradition at bay. And, just to be extra sure, it is said he bought a motorbike for the son of a prominent local politician.

Meanwhile, Krejcir needed cash here and Jackson wanted cash offshore, so the two, according to Panayi, did a deal using George Smith as an intermediary.

Now Jackson is dead and Smith may be on the run in Mozambique — or he may be conveniently at the bottom of a dam.

The bodies are piling up. Another “fixer” who did “work” for both Jackson and Krejcir was Kevin Trytsman, who was allegedly shot dead by his lawyer, George Michaelides, in December last year.

Trytsman’s particular speciality was to offer his services to help people with “legal problems”, like Krejcir. In other cases he would attempt to interfere with investigations and witnesses, often offering his supposed links to the National Intelligence Agency (NIA) as justification. Credence was lent to these claims by the fact that he could sometimes be seen driving around in a vehicle belonging to Gibson Njenje, since reinstated at the apex of the NIA.

There is evidence that Trytsman was employed by someone to take an interest in some of the potential witnesses in the Jackie Selebi case. He worked on occasion with Emile van der Merwe, a private detective, now also dead, who was long rumoured to be on the payroll of police crime intelligence.

And despite his self-serving (if accurate) description of Jackson as “a thug”, we should not forget that South Africa’s surviving prince of sleaze, Andrew Phillips, trawls the same twilight zone of sex, favours to policemen and seeming impunity.

Phillips’s close associate is, of course, Gavin Varejes, another of Selebi’s odd friends. And Selebi’s other friend, Agliotti, happened to once share a business interest with Peter Granat, the autoparts executive who also wound up dead in an alleyway earlier this year.

So now there’s an emerging version of events that would make Krejcir a “state witness” who would help find Smith and who would have dished the dirt on Jackson — only he’s dead. And Krejcir’s application for “political asylum” sounds a lot like Palazzolo’s persistent claims that he is the victim of a vendetta.

The only thing clearly emerging from this murk is that South Africa is solidifying its reputation as a haven for organised crime — and that those supposed to be patrolling the borders of our underworld are losing the battle.