Malema: Mine nationalisation is on ANC agenda 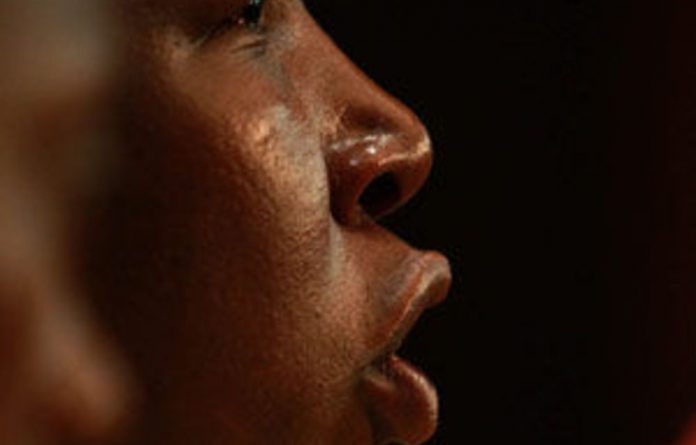 The nationalisation of mines was on the agenda of the ANC, despite government denials, ANC Youth League president Julius Malema said on Friday.

“Other people can go around and assure and make assurances that mines will never be nationalised, yet the reality of the situation is that the nationalisation of mines is currently on the agenda of the ANC,” he said.

“Our struggle now is for the economic emancipation and the nationalisation of mines.

“The ANCYL is unashamedly on the forefront of the campaign to make sure that mines in South Africa is nationalised for the benefit of the people of South Africa.”

Referring to a recent visit he paid Venezuela’s President Hugo Chávez, Malema said it was through state ownership that the Venezuelan government provided free education, health and affordable social services.

“The people of Venezuela benefit from the state’s ownership and control of oil resources.

“Yet in SA, we have the world’s biggest reserves for platinum, gold, chrome and manganese, and many other important minerals, yet the majority of us have never even seen how the minerals look like.”

Many South Africans had not benefited from the country’s mineral wealth, Malema said in opening a meeting of the ANCYL’s Young Women’s Assembly at Ingwenya Lodge in Muldersdrift.

He and other guests watched a fashion show and a graphic presentation on women’s reproductive health during a four-hour wait for delegates to arrive at the conference.

Malema said men should respect women, and “find a balance” between their cultural rights and their respect for women.

‘One boyfriend, one girlfriend’
“It can never be permanently correct that men have the liberty to have as many sexual partners, when women are demonised in engaging in such practices,” he said.

The ANCYL campaigned for the practice of “one boyfriend, one girlfriend”.

“Multi-sexual relationships will be discouraged, not only among the youth, but among all South Africans because the scourge of HIV and Aids impacted all of us, irrespective of gender, culture and age.”

Malema wore a yellow Bafana Bafana T-shirt to the event, where he was introduced as “Baby Juju” and welcomed by women singing “when Malema speaks, you must listen”.

On April 10, President Jacob Zuma rebuked Malema for his insistence on singing the “shoot the boer” struggle song, about his statements on the murder of AWB leader Eugene Terre’Blanche and on the talks on Zimbabwe, and for his attacks on journalists.

Zuma described Malema’s conduct as “alien to the ANC”.

However Malema reportedly remained defiant, saying he would not take any personal responsibility for his remarks made on Zimbabwe.

‘We had the blessings of President Zuma’
He said he “can’t understand” why he was rebuked about his statements on Zimbabwe, as the views expressed were not his, but those of the ANCYL.

“We had the blessings of President Zuma,” Malema told South African Broadcasting Corporation news. He also said he was shocked at the way he had been rebuked in public on television by Zuma, who is also the ANC president.

“Even [former] president Thabo Mbeki, when he differed with the youth league, and the youth league had taken firm radical positions against him, he never did that,” he said.

The ANC began disciplinary hearings on Monday into Malema’s actions.

On Friday, Malema said the ANC did not belong to individuals, but to its members.

“All leaders of the ANC will come and go. Those who see us as threat to their positions have no right to threaten us with possible expulsions from the movement.

“The movement remains in the hands of the membership.”

He said the ANCYL would “never question or defy the leadership”, but that it said “many things on topics that others are scared to say”. – Sapa