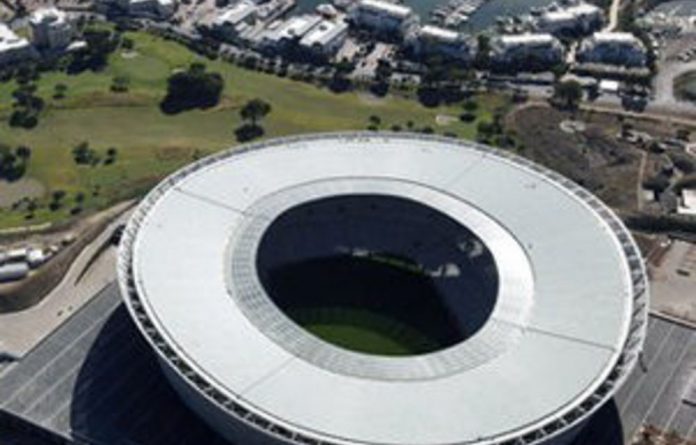 In the final run-up to the World Cup, South Africans have snapped up tickets in a last-minute surge in local sales that will give the tournament a more African flavour, as foreign sales sag.

The decision last month to begin over-the-counter sales in South Africa saw enormous queues spring up, with local fans buying 180 000 tickets in the first week, according to Fifa.

Previously South Africans had to buy tickets online or at bank branches, a cumbersome process in a country where internet access remains a luxury and public transport is poor.

“You long to be part of it. This is the greatest opportunity to get there on our own soil,” said Brett Solomon (26) who was among the first to grab tickets from a kiosk in Cape Town.

Local tickets are sold at steeply discounted prices — as low as R140 — and Fifa has made more cheap seats available as overseas sales failed to meet expectations.

Two years ago, forecasts predicted 483 000 foreign fans would descend on South Africa for the June 11 to July 11 tournament. That was before the global recession, and now about 373 000 are expected to visit.

Staying longer, spending more
More than a quarter of those visitors aren’t buying tickets, including many people from neighbouring countries coming mainly to experience the atmosphere, said Gillian Saunders, who conducted an analysis for British consultancy Grant Thornton.

But visitors are now expected to stay longer and spend more, meaning the tournament will still bring in heavy economic gains, boosting South Africa’s gross domestic product by about 0,54% this year, she said.

Foreign fans are expected to spend R8,8-billion, but the total spending on the tournament is about R55,3-billion, including heavy government investment on stadiums, roads and other infrastructure.

“We continue to be upbeat about the impact of the World Cup,” Saunders said. “The stadia will be full and it will be a great event.”

President Jacob Zuma unveiled a new terminal at Johannesburg’s airport last month, and a high-speed rail link to the Sandton business district is running test drives ahead of a June 8 opening.

“You can see when we say we are ready, it is not just rhetoric. We mean what we say,” Zuma said.

The showpiece Soccer City stadium, venue for the opening and final matches, still hasn’t been handed over to Fifa as workers scramble to complete parking areas and landscaping.

But organisers regularly reassure that the stadiums themselves are ready in all nine host cities.

“Everything is complete. Our stadiums are simply among the best. This World Cup certainly has embraced this country,” top organiser Danny Jordaan said last week.

Questions remain about how people will get to and from the matches, especially in smaller cities like Nelspruit, Polokwane and Bloemfontein, which won’t have enough hotel rooms to accommodate all the fans in their 40 000-seat stadiums.

But most South Africans will likely attend matches near their hometowns, and the reduced number of foreign visitors should actually ease the strain on the transport grid, Saunders said.

Former president Nelson Mandela, who lobbied to bring the games here, will likely not join his countrymen in the stands, according to his grandson, Chief Mandla Mandela.

“He’s said he would prefer to be at home in the rural countryside to spend time at the farm,” said the younger Mandela, saying the Nobel peace laureate would watch the games on TV.

“Unless the team is winning 2-0 he doesn’t feel comfortable,” he said. “Once it’s a tight situation, he usually walks away and says it’s too nerve-wracking.” – AFP