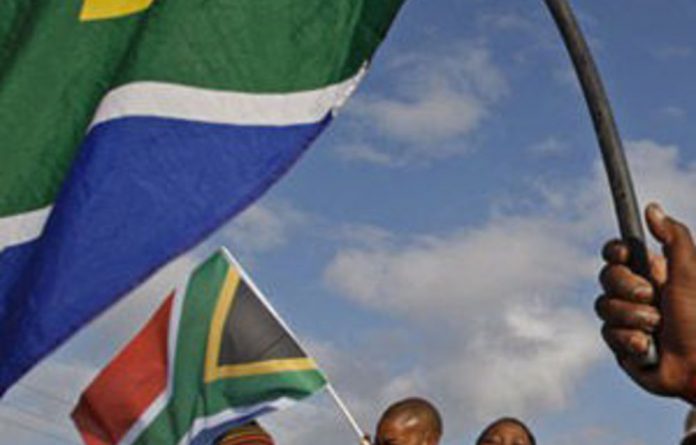 Low-budget airline kulula.com has responded to negative pre-World Cup coverage of South Africa in the United Kingdom’s tabloid media with a well-aimed whack at a jittery public’s funny bone.

Zumo the white Zulu, a UK-based South African actor and kulula.com emissary, arrived at the Daily Star offices in Lower Thames Street, London, on Thursday last week wearing a traditional Zulu outfit. Zumo asked to see Dan Sales, the reporter whose April 11 front-page story declared that South Africa was “almost certain to be hit by a major natural disaster” — an earthquake — during the World Cup. Sales, a part-time reporter, was not in.

kulula.com simultaneously published a one-off advertisement in the ,Daily Star, declaring: “Earthquakes in South Africa? That’s the least of your problems.”

The ad lists six other key safety concerns for foreign tourists ahead of the World Cup: sunburn, dehydration induced by cheap beer, the tokoloshe, the Parktown Prawn, the end of the world off Cape Point, and the city-dwelling Big Five.

The ad concludes: “So if you are one of the tens of thousands of tourists coming to use and abuse our exchange rate, get in touch, we’d be happy to help.”

“We decided to take action, to get people talking about South Africa in a positive way,” Brauer said.

In the build-up to the World Cup, the UK media has featured extensive negative coverage about South Africa. The Daily Star sparked fears of a “machete race war” following the murder of Eugene Terre’Blanche in April. A week later, the same newspaper cited “packs of rampaging baboons” as a “new crime menace in Cape Town”.

Even the usually sedate Daily Telegraph warned fans heading to the tournament this summer to “guard against mosquito bites and avoid contact with raw meat due to an outbreak of Rift Valley fever, which has killed 15”.

Tyrone Seale, government’s 2010 communication spokesperson, said that the kulula.com ad was a sign that “South Africans from all walks of life in are batting for their country”.

Chris Moerdyk, a marketing analyst, said that the airline’s ad was “perfect” for the UK market: “The English love their satire,” he said.

Moerdyk pointed out that kulula.com had also timed their ad well: “With the UK election campaign going on, more people would have been reading the newspaper.”

He added that the airline would be able to track the effect of the ad on the UK public by monitoring its online bookings. “Advertising is all about measurables,” he said.

The airline has no plans to replicate its Daily Star ad in South African print media, although a video of Zumo has gone viral on kulula.com’s Facebook page.

In March, the airline fell foul of a po-faced Fifa, who threatened legal action against the airline for claiming it was “the unofficial national carrier of the ‘you-know-what'”

Fifa’s threat generated national and international publicity for the airline, who withdrew the advert shortly thereafter.

Asked for the secret recipe behind the company’s 2010 marketing strategy, Brauer replied: “Some things are planned; some things just unfold.”

M&G: Who is Zumo (both the persona and the real-person)?
Zumo: But I’m a real person?! When I’m not taking on the British tabloids, in full traditional costume, you’ll find me pouring pints of Spitfire behind the bar at the Slug & Lettuce in Fulham.

M&G:Are you any relation to [Jacob] Zuma? Or Johnny Clegg, perhaps?
Zumo:Yes! Both of them, weirdly enough.

M&G: The kulula ad in the Daily Mail list six reasons why the Poms should be wary of South Africa — but why should they come to the World Cup?
Zumo: To avoid a fiery death in one of the many European volcano eruptions, escape from British politicians and to experience biltong (while watching their team lose horribly to Bafana Bafana).

M&G: How did the Poms react to your publicity stunt?
Zumo: I’m not sure they realised we weren’t entirely serious (except about the fokken prawns, they’re a real menace …)

M&G: So, tell us once and for all, what does a white Zulu wear under his leopard-skin kilt?
Zumo: Just Chanel No 5.

M&G: Did you fly kulula to the UK, or did you walk, accompanied — of course — by your pet rhinoceros?
Zumo: Actually I took the Baz Bus. No pet rhino this time but I did sit next to a lovely young Swedish backpacker called Inga.

M&G: And, finally, will you be back in time for the World Cup?
Zumo: Only if Dave (the landlord) gives me the month off … there’s, like, 50 other South Africans waiting to take my job at the pub if I go Awol.