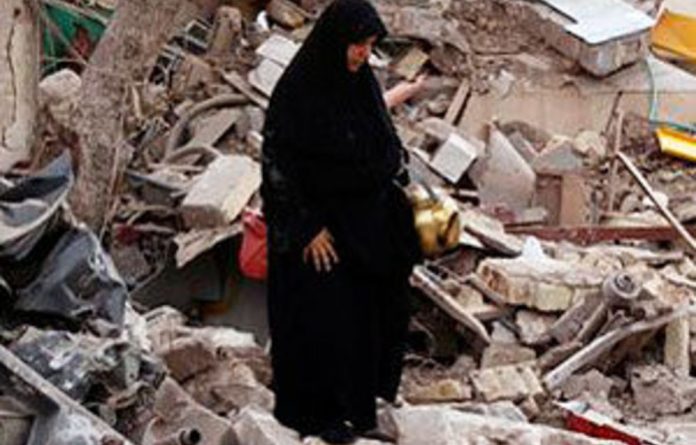 Iraqi security forces faced charges of negligence on Tuesday after a devastating wave of attacks blamed on al-Qaeda killed 110 people the previous day, the country’s bloodiest violence this year.

About five dozen bombings and shootings shattered a lull in unrest, in a setback as Iraq moves closer to forming a government two months after a general election seen as crucial to United States combat troops leaving the country by August 31.

The government pinned the blame on al-Qaeda, while Iraq’s deputy interior minister conceded that the nation’s security apparatus was at fault and an inquiry into its shortcomings was under way.

“There were security violations because of weak inspection measures” at checkpoints, Hussein Ali Kamal told the Bayan newspaper, which is close to Prime Minister Nuri al-Maliki.

“Security leaders will be held accountable for these incidents and will find out who was negligent.”

A posting on a prominent jihadist website said the Islamic State of Iraq (ISI), the al-Qaeda front in the country, was behind at least some of Monday’s carnage, but it did not amount to an official claim of responsibility.

The deadliest attack saw two suicide car bombs detonate simultaneously in the car park of a textiles factory in the Shi’ite central city of Hilla, as workers boarded buses to go home.

A third car bomb exploded minutes later and a fourth explosion — in a coordinated operation typical of al-Qaeda — engulfed emergency workers who were treating victims at the scene.

Hospital officials in Hilla said on Tuesday that the toll had risen to 53 people dead and 157 wounded.

The toll from three car bombs, which struck two markets in the southern port city of Basra, also rose — to 25 killed and 223 wounded — said security officials.

Attacks also targeted security checkpoints in Baghdad, a Shi’ite mosque in Suwayrah, 60km south-east of the capital, the former Sunni insurgent bastion of Fallujah, in Iskandiriyah, south of Baghdad, and near Tarmiyah, north of the Iraqi capital.

In total 110 people were killed and more than 500 wounded, the highest death toll since December 8 when 127 people were murdered in five vehicle-borne bombs in Baghdad.

In Baghdad, Defence Ministry spokesperson Major General Mohammed al-Askari said al-Qaeda was to blame for Monday’s attacks — 59 in nine locations according to the Interior Ministry — in what amounted to retaliation.

“These bombings carry the fingerprints of al-Qaeda,” he said.

Askari was referring to an Iraqi-US military operation last month that killed Abu Omar al-Baghdadi, political leader of al-Qaeda in Iraq, and Abu Ayub al-Masri, an Egyptian militant and the group’s self-styled “minister of war”.

“It is logical that al-Qaeda commits more than one terrorist attack in different cities … to send a message that says: ‘We can commit attacks in different areas at the same time’.”

A posting on the Hanein jihadist website said the ISI killed 33 (Iraqi) soldiers in a series of attacks in Baghdad, Fallujah, Diyala province and other areas on Monday.

Although violence has dropped in the past two years, the latest unrest will be seen as evidence that insurgents remain capable of wreaking carnage on a grand scale while the country grapples with political upheaval.

Electoral officials said on Sunday that results from the March 7 vote were nearly finalised, with totals from all but one province sent for ratification. A recount in the lone exception, Baghdad, is due to be completed by Friday.

Monday’s violence came after figures showed the number of Iraqis killed in violence in April fell slightly month on month but was almost unchanged from 12 months ago — 328 people died as a result of attacks last month.

In fresh violence on Tuesday, eight people were wounded as a car bomb exploded near an army checkpoint in Fallujah. — AFP