Villainy afoot in the Vatican 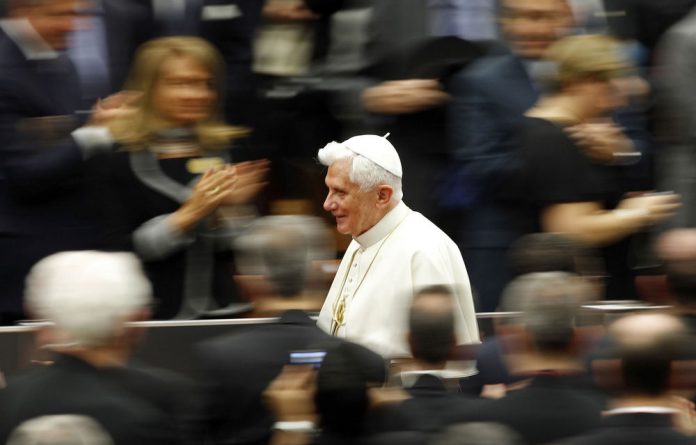 From the facetious British foreign office memo writers to prophetic novelists, the pope and Catholicism have become the evil force of choice, says Mark Lawson

The leaked British Foreign Office memo means that Catholic clergy and Vatican officials will continue to find that newspapers make for painful reading. And for the next few years they should probably be nervous of the bookshop: the scandal over the protection of paedophile priests will inspire a lot of volumes. Indeed, long before this horrible saga of abuse and denial claimed international headlines, it had already spawned a significant literature. The writers of popular fiction stand revealed as preachers and prophets.

Three of the most powerful fictional franchises of the past decade are Dan Brown’s trilogy about Harvard cryptologist Robert Langdon; Philip Pullman’s His Dark Materials and JK Rowling’s Harry Potter septet. And, oddly, all three forest-clearing phenomena are explicitly or implicitly opposed to the Roman Catholic Church.

In Brown’s Angels and Demons and The Da Vinci Code, Langdon tackles baddies in the Vatican. And, although many readers were unaware of Pullman’s dogmatic under-structure until he began to spell it out in Dawkinsesque interviews, the Magisterium, the evil empire in his best-known trio, took its name from a historical term for Catholicism.

JK Rowling’s conflict with the bishops is more tangential. In creating a fantasy around a necromantic academy, she was not intentionally going for Rome, but Pope Benedict went for her. And, as a result of this, three of the most read authors at the start of the 21st century found themselves in opposition to the pope — a cultural position that, amid the scandals of clerical pederasty, looks strikingly prescient.

In retrospect the plot lines are startlingly specific. In The Da Vinci Code Rome is attempting to cover up facts (a secret, indeed, involving sex) that, if widely known, will destroy papal authority. In Pullman’s trilogy the central characters, most at threat from the Magisterium, are children. One explanation for the latter aspect is that children’s fiction traditionally has juvenile leads, but Pullman has been splenetic in his denigration of the Catholic church (most recently in an interview for the London-based Guardian newspaper) and surely drew for his fictional universe on the most toxic gossip about the organisation that so appals him. It also now seems rather unfortunate that Rowling’s episcopal critics accused her of polluting the minds of the young.

Such prescience in mainstream fiction was, in one sense, predictable.

Writers are licensed to have society’s dreams and nightmares. In 1818 Mary Shelley, in Frankenstein, anticipated the malign possibilities of science before the benign ones had really got going. Jules Verne and HG Wells went to the moon long before Nasa. Some novels by Wells can also be seen now to foreshadow World War I, just as Chekhov’s plays apprehended the fall of the Russian aristocracy and a number of American novelists (including Tom Clancy and Charles McCarry) spookily previewed the shape and nature of the Islamist attacks on the United States, even to the extent of plane bombs being flown into national landmarks.

Such stories are not prophetic in any mystical sense. Novelists and playwrights pick up hints from philosophy, spying or science of potential future developments at a time when they are too abstract for journalism and too frightening for politics. Leaders would prefer to keep quiet about the possibilities of war, terrorism or disease that fiction is able to shout about.

So the past decade’s literary demonisation of Catholicism is another example of the nostrils of novelists twitching at a smell in the air. Brown had the practical problem of beginning his career as a thriller writer just as the traditional villains of 20th-century beach reads — the Soviets — had imploded. In locating a replacement he selected one of the few surviving structures that exercised global influence through rigid central control and had an institutional tendency to secrecy. Yet, though logical, this substitution is ironic because the Catholic church, through Pope John Paul II, had been instrumental in the opposition to Kremlin-led communism.

These books, though, draw on a general liberal hostility to Catholicism (because of its opposition to abortion rights and alleged misogyny) and, in the works of Brown and Pullman, the Vatican may also be a surrogate for other disgusts. At the time their best-known books were written, Catholicism was not the most populous or powerful religion in the world.

But, as believers frequently point out, contemporary fiction writers seem shy of depicting Islam. (Wells or George Orwell, writing now, would probably not have fixed on priests as a thing to be feared.) In his most recent novel, The Lost Symbol, Brown gives a character a speech listing the good points of the Catholic Church: presumably a response to lobbying from angry readers. But he should keep quiet. His prescience in predicting a future enemy is the only thing likely to get him compared with Chekhov. —

How to be cool: Less ?is Elmore

Rankin’s favourite DI is back on the beat

Son of HAL feeds on fear

After Freud, the camera will rule supreme