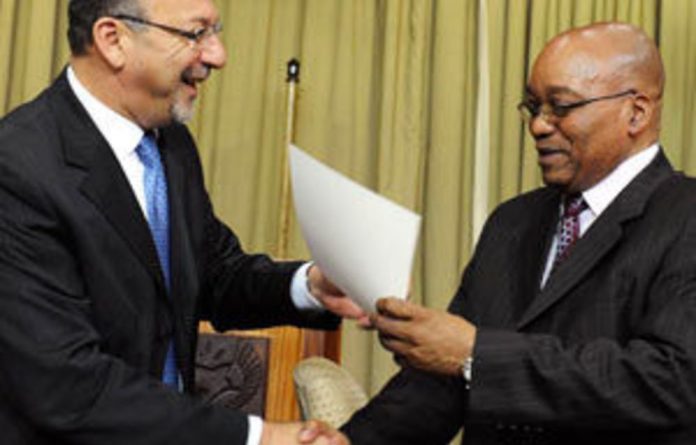 Trevor Manuel, Minister in the Presidency in charge of the National Planning Commission (NPC), told a media briefing in Parliament on Wednesday that the commission has been given 18 months to come up with a national vision for 2025.

Not only that, the 24 members under his chairmanship are also required to come up with a national plan to put the nuts and bolts in place, the hard figures and steps to be taken to put a solid structure beneath the scaffolding provided by that vision.

“Visions are visions. They are broad, frequently general,” he said. “They are aspiration. But plans have to be detailed, supported by numbers. And so we have to produce the first-ever national development plan for South Africa within that period of 18 months as well.”

He said the commission is also expected to produce, during this period and on a continuing basis, a series of other papers on cross-cutting issues.

“The kind of topics are included in the Green Paper,” he said. “They include issues as diverse as transport, climate change, and water, energy and so on.”

Possible clashes
Manuel was asked about possible clashes with other plans being drawn up by other departments, such as the plan for economic growth being prepared by the Economic Development Ministry. In this regard he stressed that President Jacob Zuma had told the commissioners at their inaugural meeting this week they must do the job they have been asked to do, and please not pander to the Cabinet.

“The National Planning Commission was appointed by the president. Every member of that commission has a certificate of appointment from the president. Its composition has been cleared with Cabinet, and the president said that the commission carries the full weight of support of the entire executive.”

He added: “We have a job of work to do, and we will do that job. If there are other clubs or societies around, let them exist, but we will do that job because it’s in the national interest, as the president asked of the National Planning Commission.”

He insisted: “Line function ministries have their responsibility and we exist as the National Planning Commission outside of those responsibilities.” — I-Net Bridge