Military training on the cards for ANCYL leaders 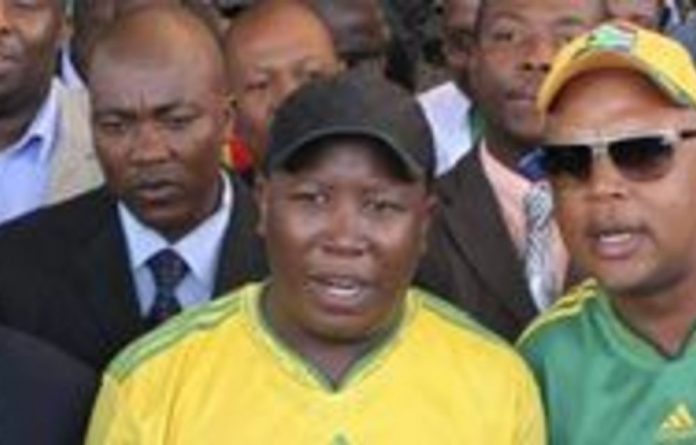 The ANC Youth League’s national executive committee, led by its president Julius Malema, will undergo military training in September, it was announced on Thursday.

Defence and Military Veterans Minister Lindiwe Sisulu had agreed to make the necessary arrangements, the ANCYL and the defence ministry said in a joint statement.

This was agreed to while Sisulu addressed the ANCYL’s national executive committee (NEC) on proposed national service for unemployed youth, they said.

Sisulu had highlighted the benefits of the programme and received ANCYL input on how national service should be implemented.

“The national service will allow unemployed young people to learn both military basic training and much needed skills to equip them for their future,” she said.

“Whilst undergoing a two year basic military training in one of the [SA National Defence Force] services — the SA Army, SA Air force, SA Navy and SA Medical Health Services — they will also learn various skills and also get practical work experience they can use in the future.”

Sisulu said the programme would be recognised by institutions of higher learning.

It would help young people get experiential training and give them the opportunity “to put their theory into practice”.

The ANCYL NEC, in turn, called for the speedy implementation of national service.

“As the ANCYL, we have been calling for this programme for a long time. We would want the minister to ensure that no young person is turned away when the programme starts. It must start as soon as possible,” said Malema.

“I also hope that this programme will teach our young people to know their flag, national symbol and our rich history, but as the ANCYL we are ready to mobilise our members and all young South Africans in support of this programme,” he said.

The ANCYL urged Sisulu to ensure there was buy-in to the programme from the business sector, government departments, municipalities and law enforcement agencies.

Sisulu will meet with the Young Communist League on Friday. — Sapa