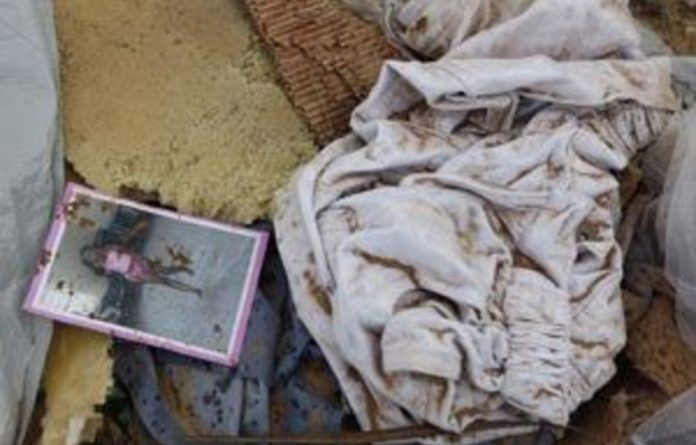 Eleven people with ties to South Africa have so far been identified as among the victims of the Afriqiyah Airways crash in Tripoli.

On her website, O’Mara, who said she lived in North West, quipped: “Brussel sprouts are by far my favourite vegetable after chocolate [say what you like, cocoa is a bean]”.

The newspaper also named Nigel Peters, a senior manager at AirQuarius Aviation, Hans Wolfaardt, who did occasional aircraft painting for AirQuarius, Anton Matthee from Stellenbosch, and Robert Weber, who was on his way to join the British army, as casualties of the crash.

AirQuarius posted a tribute to Peters saying: “Nigel was not only a highly committed and professional member of our team, but he was also blessed with compassion and an enduring light hearted nature. Nigel was a significant contributor to our organisation and
his loss will be felt in all aspects of our business.”

General manager Michael Goodwin told Peters’ wife Yvonne and son Damon that they had lost a person who loved them dearly, in the message.

BBC Online reported that a South African national who lived in Swansea, Wales, Priscilla Savathree Collick, also died in the crash. The SABC reported that Faeeza Patel, originally from Durban, had been returning to her teaching job in London after a holiday.

Relatives travelling to Libya
The first group of relatives of those killed left South Africa for Libya on Thursday night to begin repatriation preparations.

Once they had arrived, they would be met by a representative from the South African embassy, then taken to a hotel.

The embassy would, to soften the blow, start the difficult task of initial identification of those killed, where possible, using photographs forwarded by friends and relatives who contacted the department of international relations’ crisis line.

Then the families would have to do a visual identification and arrange for remains and belongings to be brought back home. There would be people on hand to provide emotional support for them.

South Africa’s international relations department spokesperson Dayanand Naidoo said it was treating the matter with great sensitivity and did not want to cause upset by releasing names or numbers of crash victims, until they were absolutely certain about the details.

“We were also saddened to hear of the death of Frans Dreyer, brother of our colleague Democratic Alliance MP Anchen Dreyer, in this crash. We pray for strength and courage for all the families and loved ones affected by this tragic incident.

“As government, we are doing everything possible to render all the necessary assistance to the aviation authorities investigating the circumstances of this accident,” he said in a statement.

Scores of Dutch nationals killed
The Dutch foreign ministry said 70 of their nationals had died.

Only a small Dutch boy named as Ruben survived the crash in Tripoli on Wednesday morning, which occurred when the plane was about to land after its flight from OR Tambo International Airport in Johannesburg.

Dubbed the “miracle boy” he had been on safari with his mother, father and brother, who were celebrating their wedding anniversary.

They did not survive the crash, according to Agence-France Presse. Most of the Dutch were reported to have been on holiday. The country responded to the tragedy by flying flags at half mast. It was not yet clear whether the boy would be questioned by French investigators helping the Libyan Civil Aviation Authority to determine the cause of the Airbus crash.

The Dutch Safety Board had also sent a team of observers to the crash site.

Airbus spokesperson Linden Birns said he could not provide information on a possible cause of the crash as the investigation was out of their hands.

Their own technical experts would be on hand to assist French investigators with information, but it would be inappropriate for them to investigate the crash themselves.

Naidoo said the ambassador to Libya had indicated rescuers had managed to retrieve some bodies from the wreckage, which was scattered across a wide area.