No one wants to air 2010 documentary 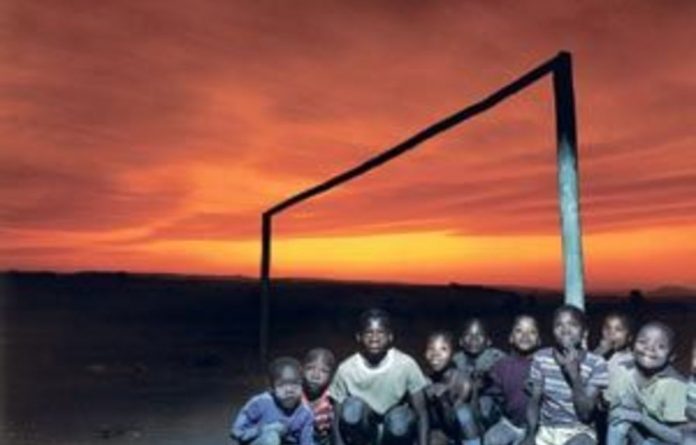 A hard-hitting documentary, which alleges that South Africa has wasted resources preparing to host the World Cup, has been snubbed by the country’s three main broadcasters.

South African filmmaker Craig Tanner and Levitation Films present Fahrenheit 2010, a hard-hitting examination of what the 2010 Fifa World Cup really means for South Africa and the millions living below the poverty line.

M-Net has joined e.tv and the SABC in refusing to give airtime to the critical Fahrenheit 2010. It is directed by South African Craig Tanner, who is based in Australia, and co-produced and edited by Michael Cross, who lives in Durban. An email to Cross from e.tv’s executive producer: current affairs, Debbie Meyer, reads: “I don’t think it is suitable for a South African audience — I am sure you made it for an international one.”

SABC spokesperson Kaiser Kganyago said he was not aware of any such documentary having been submitted. Cross said that the film was handed to Mzi Mgebisa, former managing editor for SABC sport, on April 29 this year. Mgebisa is no longer with the corporation.

Kganyago said the country’s biggest national broadcaster was the official partner of the Fifa World Cup. “Our job is obviously to promote the World Cup and flighting anything that can be perceived as negative is not in our interest.”

Shoneez Kay of M-Net wrote to Cross rejecting the documentary in January: “Thank you for submitting Fahrenheit 2010 to me for consideration but I am afraid this will not work for M-Net.”

Although the film has not been broadcast on any of the national channels, it has been aired in Spain, Brazil, Portugal, Estonia and at the Cambridge International film festival and is set to be shown on June 15 in the United States after being snapped up by Warner Brothers, according to Tanner and Cross.

Tanner said the documentary asked whether a developing country should have embarked on building multibillion-rand stadiums for the tournament: “R4-billion was spent on a new stadium in Cape Town, instead of using Newlands, or renovating the Athlone Stadium.

“The explanation is that this was to satisfy Fifa’s requirement that a semifinal venue should accommodate 70 000 spectators. So R4-billion has been spent to host one game, a semi-final in Cape Town. That city now has more stadiums than it needs.

“Would it not have been in that city’s interests to have limited itself to a quarterfinal at Newlands or Athlone and to have spent those billions on housing, health or education?” asks Tanner.

In Durban, he says, R3-billion was spent on a new stadium built next to the existing Absa Stadium. “These funds have been spent to stage 90 minutes of football — one of the semifinals. After that match, it is planned to reconfigure the stadium from 70 000 to 54 000. Kings Park, with a capacity of 55 000, which is adequate for the city’s needs, is to be demolished.”

Fahrenheit 2010‘s most fierce criticism is reserved for the Mbombela Stadium in Nelspruit. “A 46 000-seater stadium has been built to host four matches over a period of 10 days in June 2010. There is no local soccer team with a fan base that would fill a tenth of the capacity of the new stadium and no plausible explanation has been provided as to how it could be viable after the World Cup.”

Tanner says the matches should have been distributed across other stadiums, avoiding investment in a facility he feels would later stand empty.

He says they are not opposed to the World Cup coming to the country. “We are not against the World Cup coming to South Africa. The Confederations Cup was held in old stadiums and Fifa deemed it a success. It does not make sense to spend billions on new stadiums. Moreover, if you look around the benefits are in the hands of very few people.”

But local organising committee communications manager Rich Mkhondo slammed Tanner and his film: “It is an exaggerated piece of garbage premised on the misconception that a single sports event can solve the socioeconomic challenges of a country. Nowhere in history has a tournament done that.”

Mkhondo criticised the documentary for failing to acknowledge the benefits the Cup has brought — the building of stadiums, airport facelifts, improved transport infrastructure and security and road upgrades. “Benefits of hosting such tournaments might not be immediately clear. Countries that host such events see the benefits long after it has come and gone.”

Mkhondo was supported by the Tutu clip. “With all the negative things that are taking place in Africa, this is a superb moment for us. If we are going to have white elephants, so be it,” said the Archbishop.

Jordaan said he had not seen the documentary and denied granting its makers an interview. “I don’t know how I came to be in this film because they never talked to me. I have only heard from Mike Sutcliffe [Durban’s municipal manager] that he and I are in this film.”

But Cross emailed the M&G a consent form purportedly bearing the signature of Jordaan dated December 10 2008 acknowledging his being interviewed.

According to Cross, the motivation behind the documentary was to ask questions being overlooked. “South Africa is a developing nation with a lot of socioeconomic challenges such as housing, Aids, building of new schools, access to water and sanitation. People have put in a lot of money in setting up bed-and-breakfast accommodation but we are not going to get the numbers we wanted. Should we have been held to the same standards as Germany?” He feels the broadcast media coverage gives little attention to this downside.

Like Tanner, Cross accuses the broadcasters of stifling “healthy debate” around the World Cup. “I believe South African broadcasters have bought into the idea that everything has to be positive and are reluctant not to be seen to be utterly supportive.” Cross says he understands the SABC’s position as a partner to Fifa, but is puzzled by the e.tv and M-Net rejections.