Zuma ‘meddled in mine buyout’ 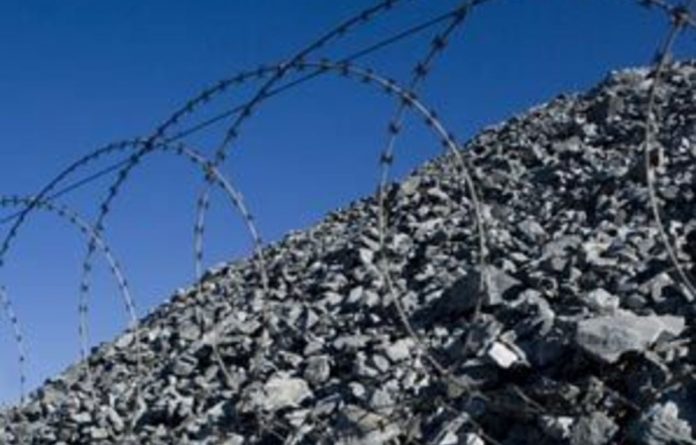 President Jacob Zuma’s son, Duduzane, has emerged as one of the buyers of a uranium mining company, amid claims that Zuma intervened to ease state funding for the project.

Toronto-listed Uranium One said on Monday that it had sold its South African subsidiary, of which the main asset is the Dominion mine in Klerksdorp, for $37-million (about R280-million) last month. It did not say who the buyer was.

After amaBhungane sent questions to Duduzane Zuma and the Guptas — Zuma family benefactors – about their participation in the purchase, the new owners, led by the Guptas, released a pre-emptive media statement on Thursday confirming the president’s son’s stake.

Duduzane’s participation leaves the president exposed to the accusation that his reported intervention last month to extend the tenure of controversial Public Investment Corporation (PIC) boss Brian Molefe was designed to smooth negotiations towards a large PIC investment in the project.

Presidential spokesperson Zizi Kodwa denied that Zuma had influenced the PIC, saying that the president’s son, “a businessman in his own right”, did not need his father’s help.

Dominion has been on care and maintenance since 2008. Uranium One chief executive Jean Nortier was quoted on Monday saying: “We had to close that chapter; we certainly weren’t going to try to bring Dominion back into production — It certainly was going to require too much capital.”

Bringing Dominion back to full production may cost far more than the $37-million purchase price. Few private investors may have the stomach for the risk – which is where state-sector investment may come in handy.

Molefe this week initially refused to comment, saying: “I can’t talk to you about what the PIC is about to do and not to do. I can’t talk about this thing, no.”

Later Molefe denied through a spokesperson that the deal was “in front of the PIC for consideration” or that it had been when his tenure was extended.

A number of sources have contradicted Molefe’s denial. One, who has direct knowledge of the funding negotiations but requested anonymity, said this week that talks with the PIC and two other state-owned funding institutions, the Industrial Development Corporation and the Development Bank, were ongoing.

A Gupta insider, requesting anonymity, confirmed that an application had been made to the PIC, although he said the group had “not taken any funding from them”.

Molefe, who was close to former president Thabo Mbeki, said in March that he would leave the PIC when his contract expired the following month. It was reported at the time that the ANC’s deployment committee and top officials decided against renewing his contract.

Molefe’s last day on the job would have been April 12 — two days before the Dominion transaction was finally clinched. However, his contract was extended for three months, to the reported chagrin of senior ANC and alliance officials, who accuse him of having made investment decisions which benefited a small clique around Mbeki.

The Sunday Times reported last month that Jacob Zuma was “understood to have phoned a senior official in the finance ministry to ask that Molefe remain in the job” following “intense lobbying by Molefe’s supporters and well-known ­businessmen”.

An amaBhungane source with access to key players, but speaking anonymously, claimed Zuma called Deputy Finance Minister Nhlanhla Nene – who doubles as PIC chairperson ­­- during the week preceding April 12 to ask that Molefe be kept on.

This, according to the source, was after the Guptas lobbied Zuma, as they were expecting Molefe to facilitate PIC funding for Dominion.

A second confidential source, who knows Molefe, said he understood that Molefe was “asked by Zuma to stay”.

Kodwa, the presidential spokesperson, confirmed Zuma had met Nene “around that period” but said it “had nothing to do with influencing the PIC on its work”.

Company registration documents show that Atul Gupta and Duduzane Zuma took over as directors of the Dominion holding company on April 14, the day the sale was finalised. If, as alleged, Molefe was involved in negotiations to commit PIC funding, his departure at that crucial time might have compromised the ­negotiations.

The holding company, now being renamed Shiva Uranium, owns not only the Dominion mine but also thousands of hectares of further prospecting and mining rights, as well as a valuable beneficiation plant.

The share register for Shiva Uranium shows that its new owners are two companies, Islandsite Investments 255 and Oakbay Resources and Energy. Islandsite, which holds 26%, is controlled by Duduzane Zuma and Rajesh, the youngest of three Gupta brothers.

In a statement on Thursday Shiva Uranium said Duduzane’s stake was shared by the “MK war veterans” and its women’s group. This appears to be a reference to the ANC’s MK Military Veterans’ Association.

Oakbay Resources and Energy, which holds 74% of Shiva, is owned by Gupta family vehicle Oakbay Investments and a businessman from India.

After Zuma was elected ANC president at Polokwane, the Guptas took Duduzane and his twin sister, Duduzile, under their wing.

Duduzane shares a number of directorships with Rajesh Gupta, who, he told amaBhungane in an earlier interview, advised him legally and financially. Duduzile serves on the board of Sahara Computers, the best known of the Gupta companies.

Zuma himself appears to have developed a close relationship with the Guptas, who are rumoured to have provided him with the use of an aircraft and lodging at one of their Saxonwold, Johannesburg, residences during election campaigning.

The Mail & Guardian reported a fortnight ago that Zuma allegedly attended a meeting with one of the Gupta brothers and former ANC spokesperson and presidency official Jesse Duarte in February to discuss the establishment of an ANC-friendly newspaper. The Guptas and Duarte denied the meeting.

The state-owned PIC is the country’s largest institutional investor, with more than R750-billion in civil servants’ pensions under its ­management.

This story was produced by amaBhungane, the investigators of the M&G Centre for Investigative Journalism. www.amabhungane.co.za

The deputy NPA head is squaring off against his boss and fellow deputy with a damning affidavit.
Read more
National

Shaun Abrahams has the title of NPA director, but his controversial deputy has the power after he brazenly ignored the serious challenges against her.
Read more
National

Efforts to forge a political settlement appear to have been scuppered by a controversial report.
Read more
National

Spy tapes: Can Hofmeyr keep Zuma off the hook?

The deputy prosecutions chief points an accusing finger at Thabo Mbeki. But his version may have more clout at Luthuli House than in court.
Read more
National

Recommendations against the key actors in the Richard Mdluli fraud case have gone unheeded.
Read more
Advertising
Continue to the category
Politics